'I don't give a f***!' – Kai Havertz shuts down reporter after Chelsea's CL win 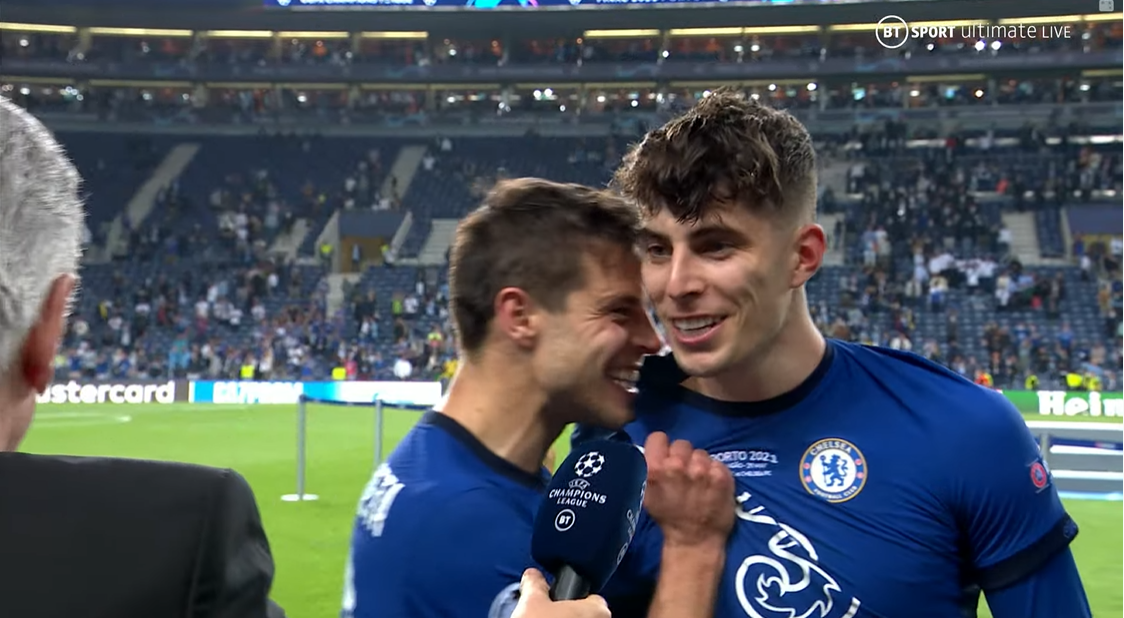 The German has endured an often difficult season at Stamford Bridge since his club-record £89million move and, prior to Sunday’s showpiece against Manchester City in Porto, had failed to net in the Champions League.

But he picked a perfect time to break his duck, rounding goalkeeper Ederson and rolling the ball into an empty net to seal a 1-0 victory for the west Londoners.

Havertz has received plenty of criticism this season for not living up to his price tag, and when it was brought up yet again after the game he emphatically shut down the reporter’s question.

Asked during his interview with BT Sport if he had at last repaid his transfer fee, Havertz responded: ‘To be honest, right now, I don’t give a f*** on that!

‘We won the f***ing Champions League! I mean, we just celebrate now.’

Pitch-side reporter Des Kelly then turned to the camera and apologised to viewers, saying: ‘I apologise for that fruity language but you understand why, the emotions are flying high.’

Chelsea skipper Cesar Azpilicueta had interrupted the interview to celebrate with Havertz, praising the German not only for his goal but his work rate in the match too.

‘He was so calm,’ said the Spaniard. ‘Not only that, he runs like crazy! That’s why he deserves this.’

‘Now I want to thank my family, my parents, my grandmother and my girlfriend. I don’t know what to say.

‘I’ve waited 15 years for this moment and now it’s here.’