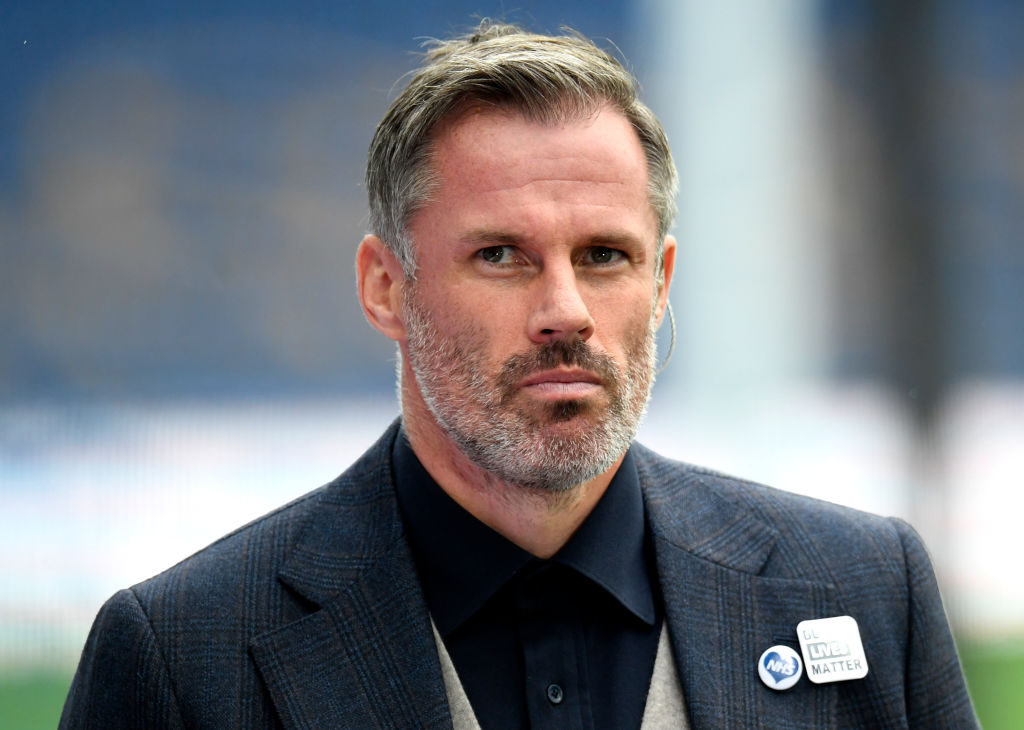 Jamie Carragher insists he ‘quite likes’ Richarlison calling him out after the Everton striker told the Liverpool legend to ‘wash his mouth’.

The Brazil international helped save the Toffees from relegation with a crucial goal in Thursday night’s 3-2 comeback win against Crystal Palace at Goodison Park.

Just hours after the match, Richarlison took to Twitter to hit out at Carragher, saying: ‘@Carra23 wash your mouth before you talk about me and Everton and I don’t respect you.’

Carragher had criticised the 25-year-old for his antics during Everton’s Merseyside derby defeat to Liverpool last month.

After going down following an attempted tackle from Thiago, the former Reds defender told Sky Sports of Richarlison: ‘Honestly, get up. Get up, carry on… there’s nothing wrong with him.’

But Carragher has no problem with the Toffees forward’s comments on social media, admitting he would’ve done the same if Twitter was around during his own playing career.

He said: ‘I actually quite like this, if Twitter was about when I was a player I’m sure I would’ve called pundits out quite a lot!!’

Everton’s remarkable comeback from two goals down against Palace has secured their status as a Premier League before the final day of the season on Sunday, with Leeds United and Burnley now set to battle it out for safety.

‘I have been playing a long time, coaching a relatively short time, and am fortunate to be part of amazing things and this is right up there.

‘It’s right up there, possibly at the top. We had an amazing night at Leeds with Derby but this feeling was special: we didn’t win anything tonight but the feeling is special.’