Ex-Arsenal goalkeeper Jens Lehmann has made one of the most staggering claims since the start of the coronavirus pandemic as he urged German’s top-flight stars to play even if they have symptoms of the killer virus.

The Bundesliga is set to restart this Saturday after a two-month break as life in Germany attempts to return to some form of normality.

All matches will be played behind closed doors and strict regulations are in place to help stop the spread of coronavirus.

Lehmann, who is a board member at Hertha Berlin, thinks stars should be made to play so long as the symptoms are not “too serious”.

He told beIN SPORTS: “We had plenty of players who were infected and most of them didn’t even show any symptoms.

“For young, healthy people with strong immune systems it’s not such a big concern. 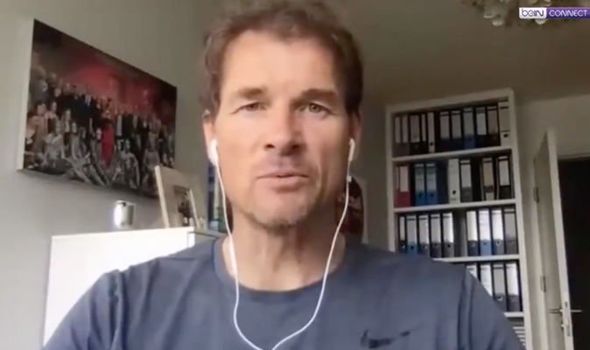 “The only thing this whole lockdown is based on is the hope that eventually we are going to find a vaccine or some medicine which cures it.

“There is only hope. So far we don’t have anything. Because of that we cannot shut down everything so you have got to get on with it.

“As long as the symptoms are not that bad, players have to cope with it.”

The official UK advice is those who show any symptoms, or come into contact with anybody who has shown symptoms, must self-isolate for two weeks.

But Lehmann claims football should go ahead even if it means every player contracts the virus.

He added: “You don’t always want to practice, you want to have competition.

“People know if you think positive and you look after yourself and your immune system most likely you are not going to be infected.”

Many people in Germany are behind the Bundesliga’s plans to restart this weekend and the Premier League are looking at their European counterparts as the blueprint for their resumption. 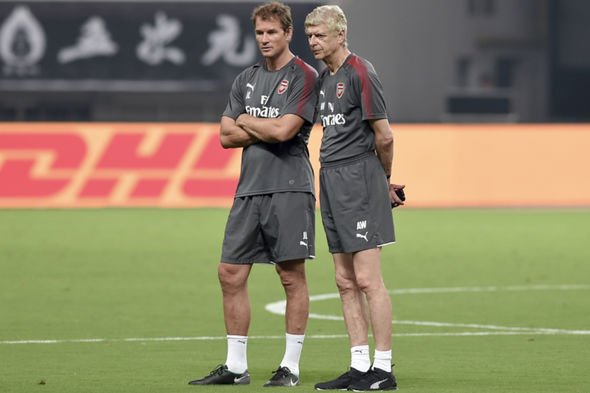 However, former Bayern Munich captain Stefan Effenberg thinks there are still obvious dangers in returning to action so soon.

He said: “For example, the players shouldn’t cheer, clap or hug when they hit a goal.

“In a soccer game, despite all the regulations, duels still have to be fought. What about a standard situation, a free-kick, or a corner kick?

“In addition, it should actually be ensured that the players on the pitch are healthy after sufficient tests. Then the guidelines don’t make sense to me.”