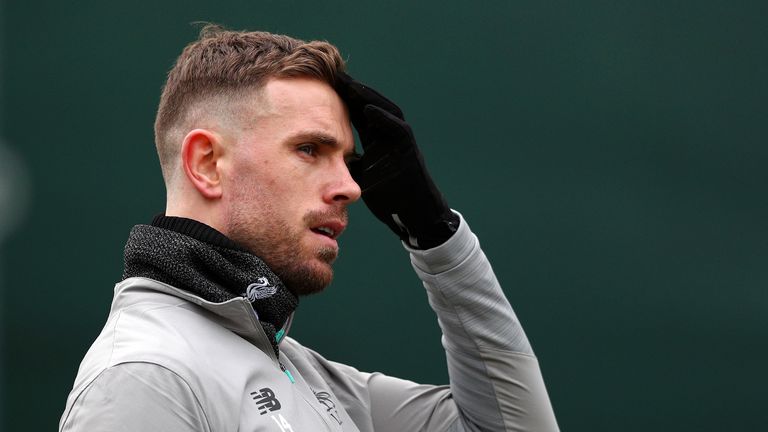 Liverpool captain Jordan Henderson is facing a race to be fully fit for the Premier League champions’ opening match against Leeds next weekend.

The England international missed the final four games of last season after sustaining a knee injury at Brighton in July and, although he started light training this week, he was left out of the squad for Saturday’s friendly at home to Blackpool and will not return to full training until Tuesday.

“Obviously Hendo was desperate to play a few minutes today as well, but it makes no real sense because he had to do an important session today for him,” manager Jurgen Klopp told liverpoolfc.com.

“If he would have played today, 10 minutes or so would have probably been OK but that makes no sense so that was not possible, but he trained in big parts of this week and will probably join full team training next Tuesday.

“Timing-wise, not perfect that he cannot play today, but can train a few days later fully. But that’s how it is.

“We will see how he develops, (there are) a few days until Leeds, how the boys come back from the national teams.

“A lot of open questions still, but a few hopefully we can answer today.”

Klopp did have some good news on the injury front, however, with Joel Matip – who has not featured since injuring a foot in the first post-lockdown game against Everton back on June 21 – was able to start against the Seasiders at Anfield.