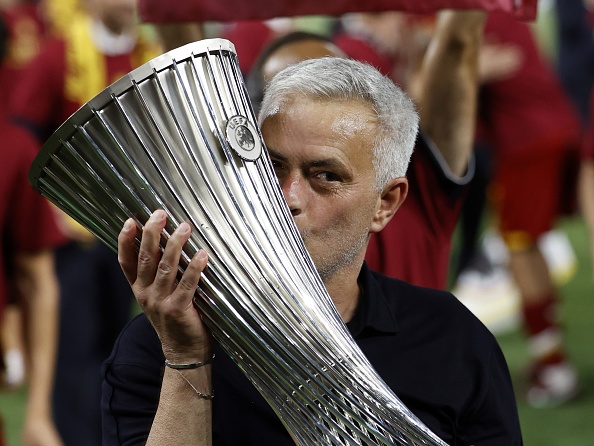 Jose Mourinho is eyeing a move for one of the biggest flops of the Thomas Tuchel era at Chelsea in a bid to further boost his midfield this summer.

In the process, Mourinho has helped kickstart the careers of former Premier League stars Chris Smalling and Tammy Abraham and he is looking to bolster his squad with experienced players this summer.

Mourinho has already been reunited with Nemanja Matic, who played for the Special one at both Manchester United and Chelsea, and, according to AS, Saul Niguez is next on his wishlist.

Roma came close to signing Arsenal’s Granit Xhaka 12 months ago but failed to agree a fee with the Gunners.

Xhaka subsequently signed a new deal after that move collapsed and with no sign of Roma looking to reignite their interest, Mourinho, according to AS, will instead turn his attention to Atletico Madrid’s Saul Niguez.

The Spain international joined Chelsea last summer on a year-long loan but failed to make any sort of impact at Stamford Bridge.

He was hauled off at half-time during his first Chelsea appearance, with Thomas Tuchel later admitting he was well off the pace, and overall made just five Premier League appearances.

Saul has since returned to Atletico but is unlikely to feature prominently in Diego Simeone’s plans next season.

Atletico would be open to letting the player leave on loan again, but Roma would need the Spanish club to subside a significant portion of the 27-year-old’s wages in order to facilitate a move.