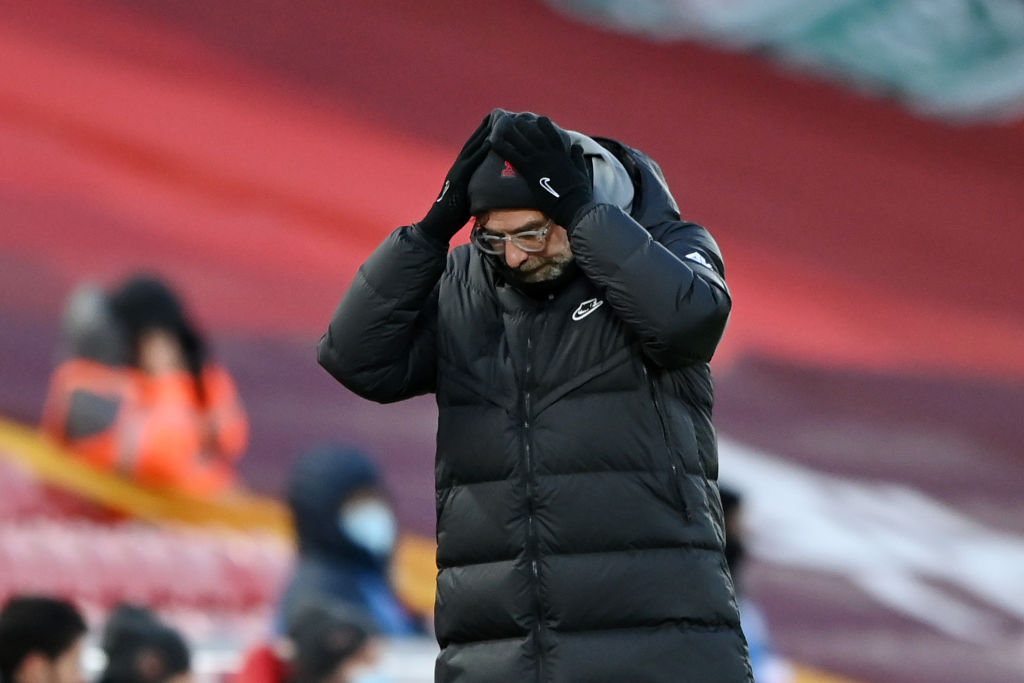 Jurgen Klopp admits he is concerned about his Liverpool team’s recent results, saying he knows why they are not on top of their game, but still expects more from them.

The Premier League champions are struggling keep pace with the title race this season, with back-to-back defeats to Brighton and Manchester City leaving them fourth in the table and 10 points behind City at the top of the division, even though Pep Guardiola’s side have a game in hand.

With City on a 15-match winning run in all competitions, the Reds’ hopes of defending their title look forlorn and they appear to be in a battle for a Champions League spot more than a title race.

They go to Leicester on Saturday night three points behind the Foxes in third and could drop out of the top four if they don’t win and others do.

The German boss has made no effort to sugar-coat the recent results, which he feels should be better despite the intense injury crisis he has had to deal with this campaign.

‘We know we are not completely clueless but we know we have to be successful in the future and that’s what we’ll try to be,’ said Klopp on Friday.

‘I don’t get the noise around the results to be honest. Whatever you wrote, I didn’t read it. But I know what the situation is and I talk about results.

‘Even though I know the reason why we are not flying, I expect us to win more games than we have.

‘That’s what I am concerned about.

‘We will try our absolute best to make the best season from now on. We will go for it. That’s our job.’

Klopp remains without the long-term injury concerns Virgil van Dijk, Joe Gomez and Joel Matip for the trip to Leicester City, while Diogo Jota, Naby Keita and Fabinho are all out as well.

One or both of the January signings Ozan Kabak and Ben Davies could be in line for debuts against Leicester as the defensive injury issues continue.

Despite the problems, Klopp knows there is a long way to go in the season and just wants to get his side’s results back on track.

‘We have 15 games to go, a lot of points. It’s not about where are the others or where they end up. It’s just about us,’ he said.