Liverpool boss Jurgen Klopp took aim at Manchester United’s spot-kick record after feeling his side were denied a “clear penalty” in the 1-0 defeat to Southampton on Monday. The Reds remain top of the Premier League but their position is much more precarious than it was a week ago.

Back-to-back draws against West Brom and Newcastle have now been followed by a disappointing defeat on the road against Southampton.

Danny Ings gave the hosts the lead with a sublime chip over Alisson from James Ward-Prowse’s free-kick.

Liverpool pressed for an equaliser in the second half, but struggled to break down Southampton’s rigid defence to really trouble Fraser Forster.

Sadio Mane looked most likely to find a breakthrough for Liverpool as he was entangled in an interesting battle with Kyle Walker-Peters all night. 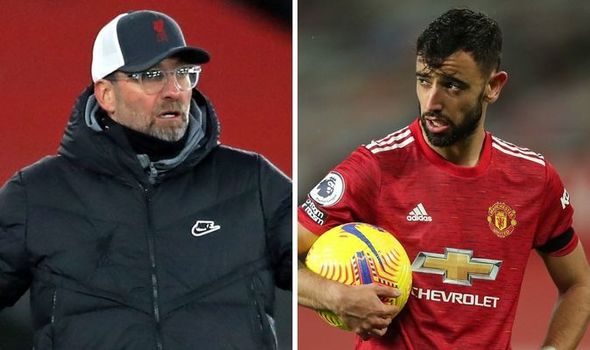 And there was a coming together between the two in the second half which Klopp thought should have been given as a clear penalty.

Mane performed a couple of step overs before pushing the ball past the Southampton full-back as he sprinted into the box with the two coming together with a clash of legs.

Referee Andre Mariner waved away protests for a penalty and VAR quickly agreed with the on-pitch official.

But Klopp was incensed at the decision, suggesting he feels United are treated differently when it comes to penalties.

“What Andre Marriner did with Sadio Mane tonight, I’m not sure that’s okay,” Klopp said.

“Manchester United had more penalties in two years than me in five and a half years – but no excuses for tonight.

“Is that my fault? I am not sure how that can happen.”

When asked directly for his view on Mane’s penalty shout, Klopp couldn’t understand why the officials dismissed it so quickly. 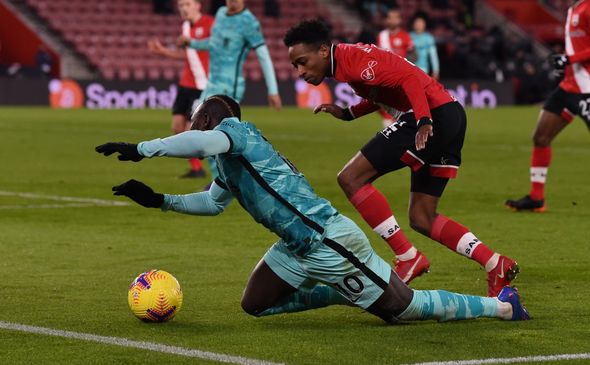 “I turned around and we had a good view of it,” Klopp said. “It looked like a clear penalty.

“The fourth official checked it already. How quick they did it? ‘No pen’.”

Liverpool have in fact only been awarded one fewer penalty than United in the league this season, although Ole Gunnar Solskjaer’s side won a record 14 spot kicks last campaign.