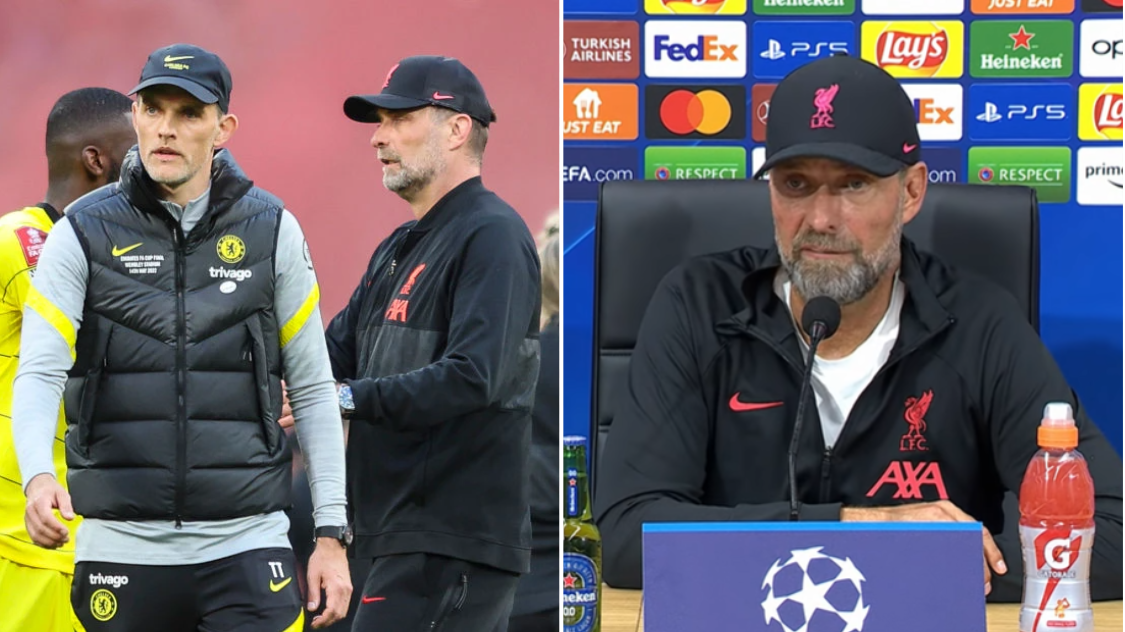 Jurgen Klopp insists he is not worried about his Liverpool future after Wednesday night’s heavy defeat against Napoli and appeared to aim a dig at Chelsea’s hierarchy for dismissing Thomas Tuchel so quickly.

Liverpool suffered their joint heaviest defeat ever in the Champions League against Napoli, losing 4-1 in Italy after a woeful defensive performance saw them concede three times in a dire first-half showing.

Earlier in the day, Klopp’s compatriot and pal Tuchel lost his job at Chelsea after presiding over an underwhelming start to the season – though he actually picked up a point more than Liverpool in the Premier League.

There are some parallels between the two managers and teams in the early stages of the season so far, with both sides performing well below their usual level and losing their opening Champions League matches on the road.

But Klopp feels that is where the similarities end and believes Liverpool’s hierarchy are more measured than Chelsea’s and will continue to support him.

Asked if he fears for his own job following compatriot Tuchel’s dismissal, Klopp responded: ‘Not really, but who knows?

‘The difference is, obviously, there are different kinds of owners. Our owners are rather calm and expect from me to sort the situation and not thinking that somebody else should sort it.

‘That’s how they always saw it, on the day that they change their thoughts they might tell me.’

Following Tuchel’s dismissal earlier in the day, Klopp was a very longshot to be the next Premier League manager sacked but, after the heavy defeat to Napoli, his odds have shortened from 66/1 to just 12/1.

Speaking about his side’s poor performance in Naples, Klopp said: ‘I think the problems we had tonight were obvious. Number one, Napoli played a really good game and we played a really bad game. Why did we play a bad game? We cannot ignore the start and how it happened, how it started with the penalty and then shortly after that another penalty.

‘In this atmosphere, that’s not easy, but our problems obviously were that we just didn’t play good enough. That means in our specific case we were never compact. I can’t remember a situation where we were compact. We had for 60 minutes not one counter-pressing situation in a game where we lost a lot of balls, just because we were far away.

‘That means we were too wide in possession, we were not pushing up with the last line, the midfield was not connected, so these are the football things and they are obvious. The questions now, because I know the boys want – they want to win football games – and the questions why they don’t do, that’s obviously my job to figure that out.

‘It is not the first time that we don’t play completely well, I know that, and there are some reasons which we know, but I really think with all the things that happened we should have played a much better game tonight – and we didn’t.

‘Again, it is my responsibility – it’s just the problem is since the game finished I spoke to media and I didn’t have time to think or whatever. I really think it makes sense to think a second longer, watch the game back, try to understand and then have the right message for the boys because that’s the most important thing.’