Karen Hills says she achieved all she wanted to with Tottenham Women after 13 years in charge but is ready for her next challenge in football after losing her job last month.

Hills and her co-head coach Juan Amoros were replaced by former England Women assistant Rehanne Skinner in the wake of their penalty-shootout defeat to north London rivals in the Continental Cup, in which USA international Alex Morgan missed the crucial spot-kick after the sides had drawn 2-2.

Tottenham were also knocked out of the 2019/20 FA Cup 4-0 by the Gunners in a quarter-final tie held over from last season, which was cut short due to the coronavirus pandemic.

Hills admits her departure was “not how I had planned” but she is able to look back fondly at her time with the club, which saw them rise through the divisions to become a WSL side for the first time.

“The decision was made and I have to take that. I think I’ve achieved what I wanted to achieve within the club,” Hills told the Women’s Football Show on Sky Sports.

“I’m really proud of what we did and where we got to. We brought the club from grassroots all the way to the top of the WSL.

As for what went wrong at the club that ultimately led to her and Amoros being sacked, Hills added: “I don’t know if it went wrong. We had a tough start to the season. 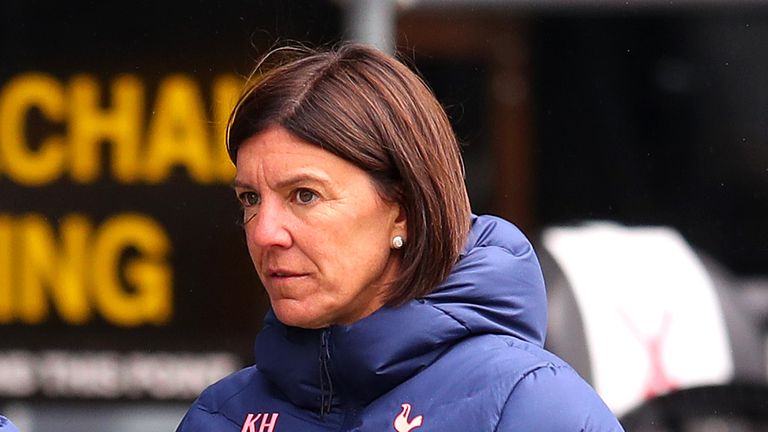 “We went into the Arsenal game in the FA Cup [postponed] from last season and did really well. We were in the game until the 70th minute and unfortunately we couldn’t quite hold on.

“Then we had a run of fixtures in the Continental Cup where we were in a tough group, against Arsenal and Chelsea. To play the teams we did at the start of the season, we knew it was going to be tough.

“We were an up-and-coming team and we only made our debut in the WSL the year before and obviously with the pandemic, it [the season] didn’t quite finish.

“Coming into this season we made some great signings and gained some experience and leadership on the pitch and we were in a good place.

“Obviously you come up against those teams that are well established and have got a fantastic calibre of players across the board.

“I think we did as well as we could. There were some players that weren’t able to be involved in those games.

“Alex Morgan is just coming back into full fitness now and you see the last couple of games she is playing incredibly well and scoring some goals. 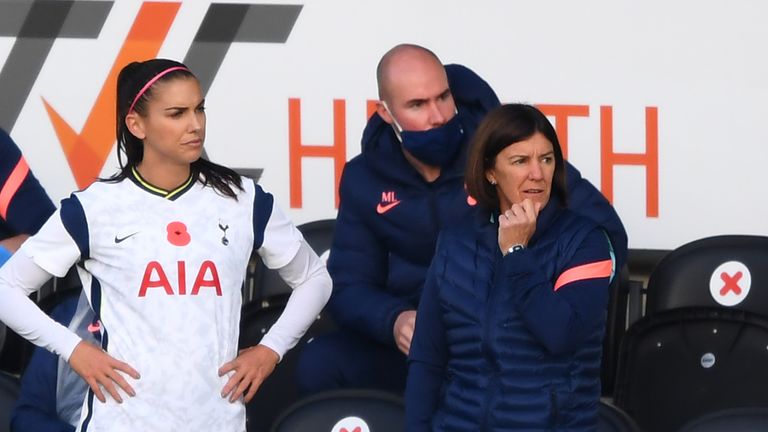 “We also have other key players we missed within that period, including Jes Naz, a young English player who is up-and-coming but had a rough start to her professional life when she got an ACL [anterior crucial ligament injury] last season.

“Coming back this season she was always going to be strong and she was back last week, I’m really pleased to see that.

“Obviously for me, that was probably a couple of weeks too late. However, we had a great squad of players who really believed in each other.

“We knew it was going to be a tough run and we stuck together but unfortunately it didn’t materialise in the way we wanted it to.

“The exit was not how I had planned and is something I will reflect on. I can’t take away how proud I am proud of what we achieved and I’m still hungry to be involved in the game.”