Manchester City star Kevin De Bruyne is set to open talks about a contract extension at the end of the season. This comes after the attacking midfielder hinted he could leave the Etihad in the summer transfer window if City’s two-year Champions League ban is upheld.

De Bruyne has not only been one of Pep Guardiola’s top players in recent seasons but is also one of the best in his position in the world.

However, while the 28-year-old’s current contract is due to expire in 2023, City are keen for De Bruyne to commit his long-term future to the club.

According to the Daily Mail, City are ready to sit down with De Bruyne to thrash out fresh terms at the end of this season with improved terms on his current contract.

The report claims the Belgium international is earning £280,000-a-week on his current deal. 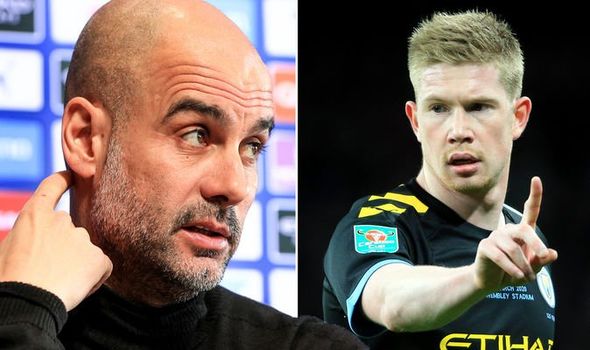 City see De Bruyne as captain material and are hoping the attacking midfielder will take over the armband when 34-year-old David Silva leaves at the end of this campaign.

However, De Bruyne recently cast doubt on staying at the Ethiad after admitting he would have to consider his future at the club if their two-year European ban is upheld.

City were handed the ban after being found to have committed “serious breaches” of Uefa’s financial fair play regulations.

However, the Citizens have denied the allegations and have appealed the ruling to the Court of Arbitration for Sport.

De Bruyne said he would be making his decision on his future when the ruling on the ban has been finalised.

“Once the decision is made, I will review everything,” De Bruyne told Belgian newspaper Het Laatste Nieuws.

“Two years would be long – but in the case of one year I might see. I’m just waiting. The club told us they’re going to appeal and they’re almost 100 per cent sure they’re right.

“That’s why I’m waiting to see what will happen. I trust my team.” 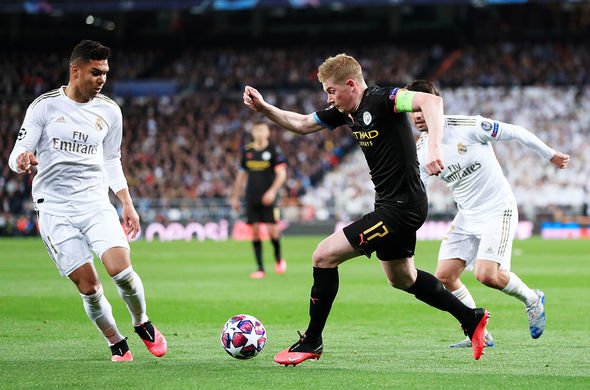 Guardiola’s future at City is also in doubt with his current contract set to expires next summer, however, De Bruyne insisted that the Spaniard’s decision will not be a factor in his own choice to stay at the club.

“I think Pep has said that he’ll stay until the end of next year, whatever happens,” De Bruyne added.

“I think his contract is running out then.

“We’ll have to wait, but I’m not going to make a decision based on what he does.

“I have already worked with other trainers and when Pep leaves, I have to continue working with someone else.

“But I haven’t really paid much attention to that for the time being. There are more important things at the moment.”