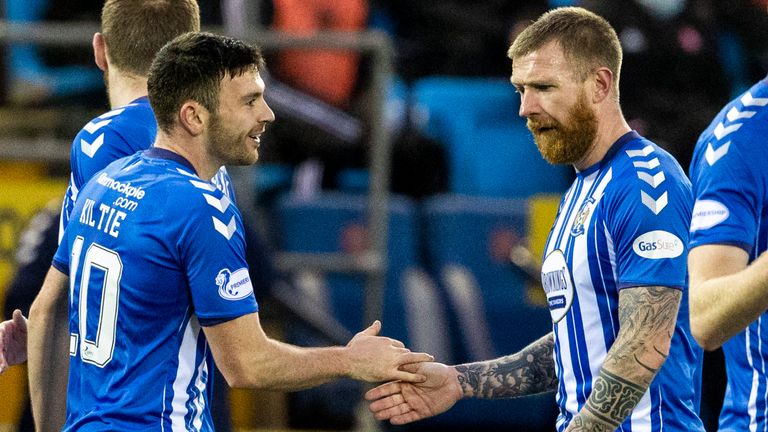 The home side edged the first half at Rugby Park and went into the interval leading through the attacking midfielder’s close-range finish in the 36th minute.

The 23-year-old added a second with a terrific curling shot in the 63rd minute for his third goal in three games to clinch the three points as Kilmarnock moved up to seventh place.

Alex Dyer’s side are now unbeaten in three matches after a five-game losing streak while – after a morale-boosting 3-0 Lanarkshire derby win over Motherwell last week – Brian Rice’s side sit one point off the bottom.

Accies were dealt a blow before the game when defender Aaron Martin was forced to withdraw after his Covid-19 track and trace app told him he had to isolate. Veteran skipper Brian Easton was out through injury which meant 20-year-old George Stanger came into defence with midfielder Charlie Trafford reinstated.

Killie were unchanged and Kiltie showed early that he was in the mood, dragging a shot wide of the target from just inside the box in the 20th minute. 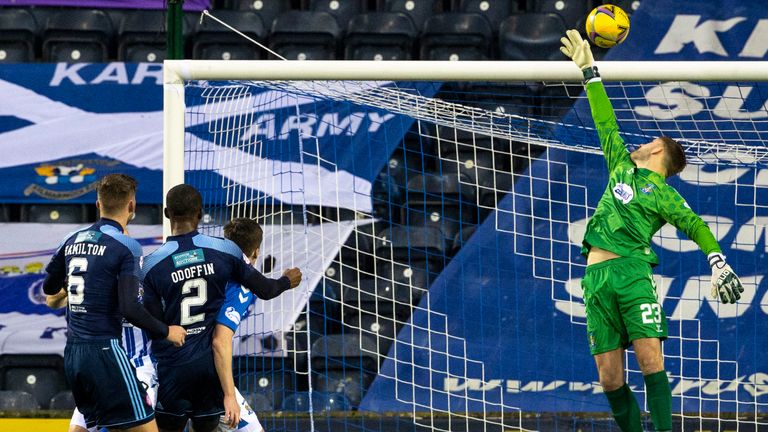 Moments later, there was a Kilmarnock penalty appeal when Kiltie’s drive from inside the penalty area was blocked by Hamilton defender Hakeem Odoffin but referee Grant Irvine played on.

Then, in the 33rd minute, Odoffin crashed a header from a Scott McMann corner off the crossbar before Killie smuggled the ball to safety. 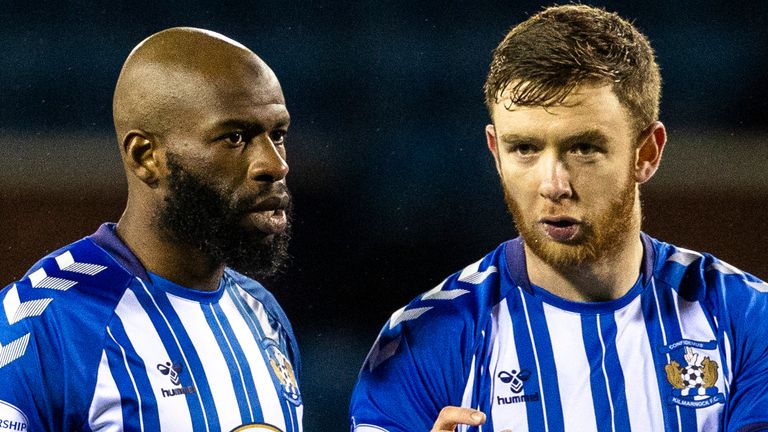 Kilmarnock’s opener was a poacher’s goal. Midfielder Youssouf Mulumbu fired in a shot from 25 yards and Kiltie redirected the ball past goalkeeper Kyle Gourlay from inside the six-yard box and the Ayrshire men took that lead into the break.

For the visitors, Callum Smith replaced David Moyo for the start of the second half and Accies restarted with purpose, Trafford looping a shot from the edge of the Kilmarnock penalty area just over the crossbar.

Kiltie continued to threaten, however, and a goal-bound shot from 10 yards was blocked by visiting defender Jamie Hamilton. 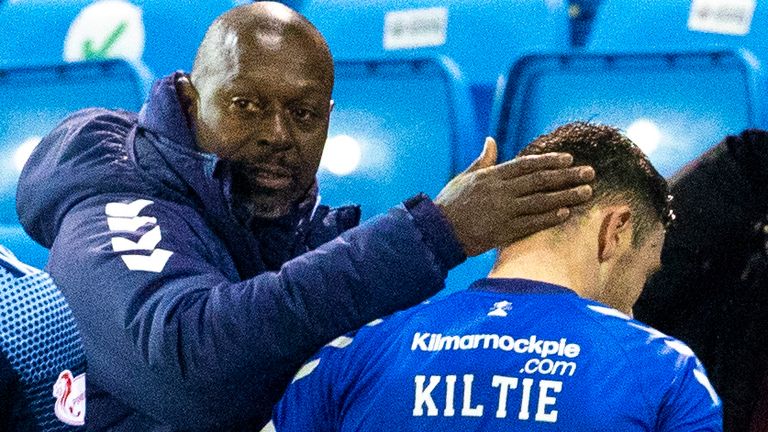 A couple of dangerous crosses into the home side’s penalty area caused problems but Kiltie struck again when he took a pass from defender Brandon Haunstrup with time and space.

The Kilmarnock man then smartly turned on to his right foot and curled a shot from just inside the box past the despairing Gourlay.

Hamilton will host Dundee United in the Scottish Premiership next Saturday, while Kilmarnock travel to Hibernian. Both games will kick off at 3pm.