Klaassen's Instagram appeal to get his boots returned was successful

Davy Klaassen gets his insoles back after launching an Instagram appeal for their return after he chucked his boots into the crowd of Ajax fans celebrating their title win… before realising he needed them for grudge match with rivals Feyenoord on Sunday!

Davy Klaassen’s Instagram appeal to have the insoles from his football boots returned has been successful, after he gave them away to a fan during Ajax’s trophy celebrations on Sunday.

Klaassen requested to have them returned after he realised he needed them for Ajax’s De Klassieker clash with Feyenoord on Sunday.

Ajax’s champion status was made official yesterday when they beat FC Emmen 4-0 and PSV drew 2-2 with Heereneveen. 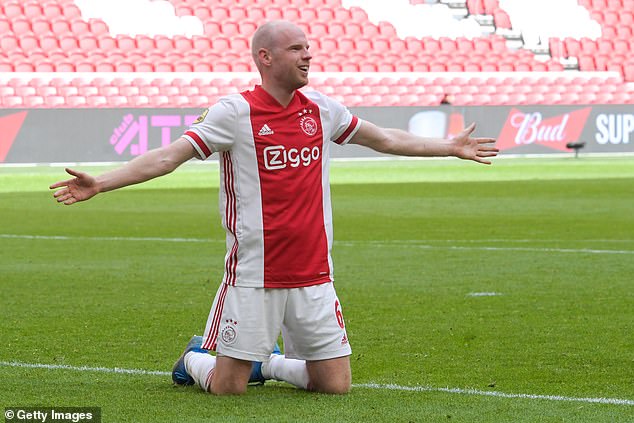 The players celebrated the trophy with the fans after the match and Klaassen threw his boots down into the crowd.

That prompted Klaassen to take to Twitter this morning to launch the appeal to get the insoles back. ‘Can the person who caught my shoes yesterday contact me? My soles are still there and I need them Sunday’.

The midfielder, who’s scored 11 goals in 26 league games this season, later revealed on his page that his boots were returned. 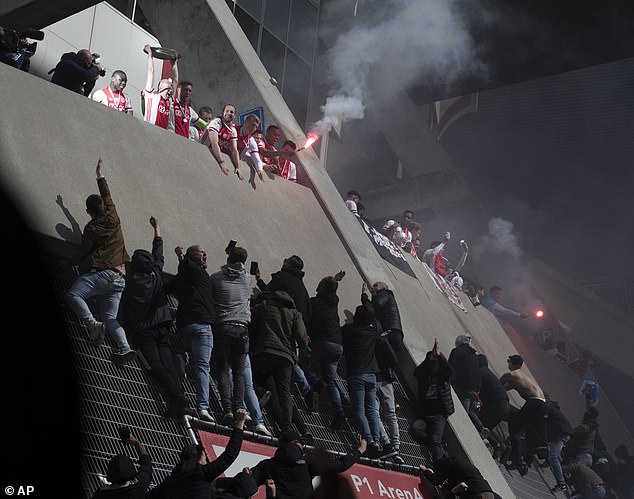 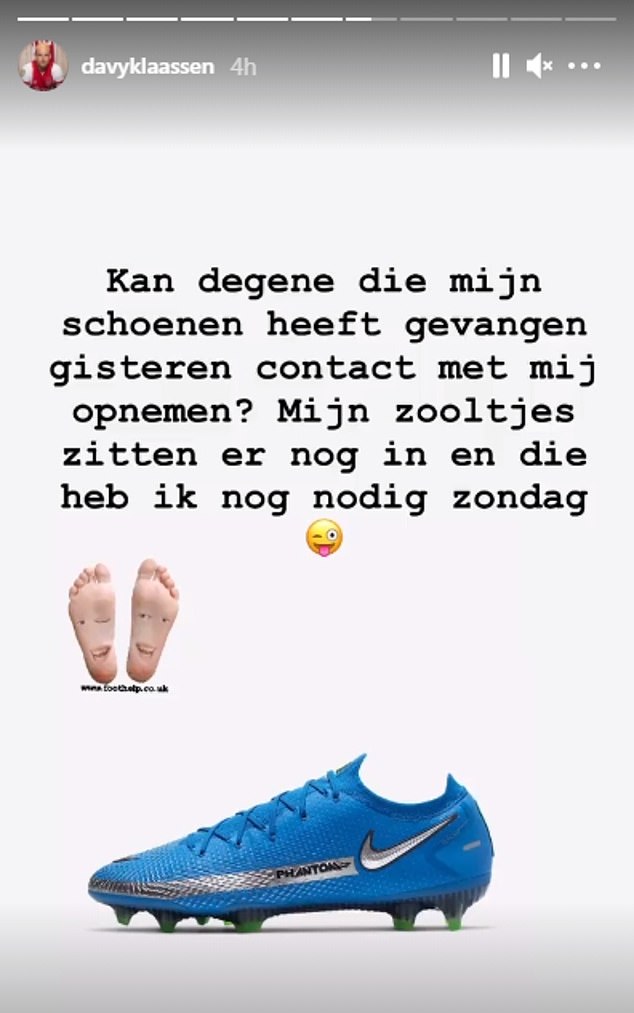 This was Klaassen’s request on his Instagram page this morning, and it proved successful