Barcelona manager Ronald Koeman was forced to cut a press conference short after suffering from a nose bleed for the second time in recent weeks.

The Dutchman was speaking to journalists ahead of his side’s clash with Sevilla on Saturday but had to leave prematurely. 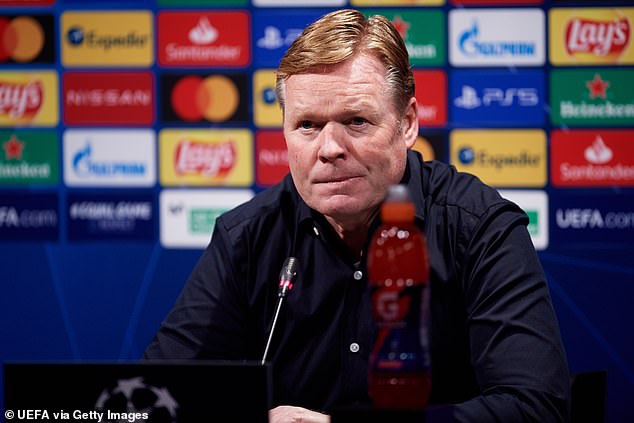 This is the second time in recent weeks that the 57-year-old has suffered from a nose bleed in a press conference.

Barcelona have explained that the manager’s nose bleeds are a side effect from blood-thinning medication he is taking, according to ESPN.

He underwent a heart operation back in May last year having experienced some pain in his chest.

It was later revealed that Koeman suffered a small heart attack. He had started feeling unwell at home and at the hospital was given cardiac catheterisation. 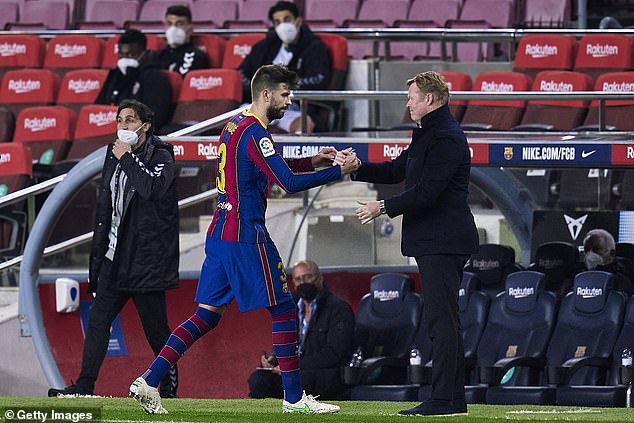 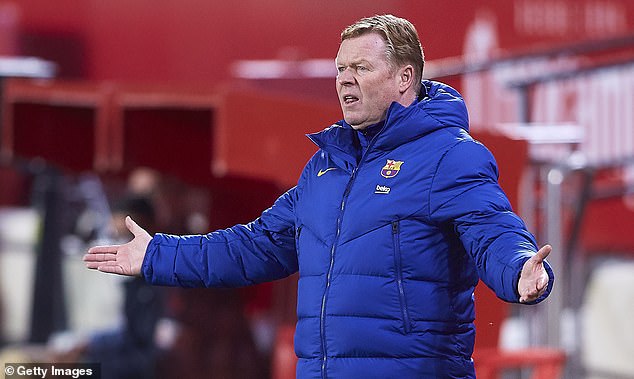 Koeman was frustrated at having to cut the press conference short and said: ‘Holy s**t’

This procedure is when a tube is inserted into a vein or artery and is normally performed without general anaesthetic.

Three months later, Koeman accepted the position as Barcelona manager and was deemed fit and healthy enough to take on the high-pressured job.

His team are preparing to face Sevilla away from home in LaLiga before playing the same opposition on Wednesday in the second leg of their Copa del Rey clash.

Barcelona trail 2-0 and will look to overturn the deficit with home advantage at the Nou Camp.