Liverpool’s players were put through their paces during a rigorous bike workout as the Premier League leaders continue to train at home.

Coaching staff have been keeping in touch with the squad to ensure they stay fit during the break from football.

Last month players and manager Jurgen Klopp took part in a virtual yoga session via a video link but there have been some notable changes in appearances since then. 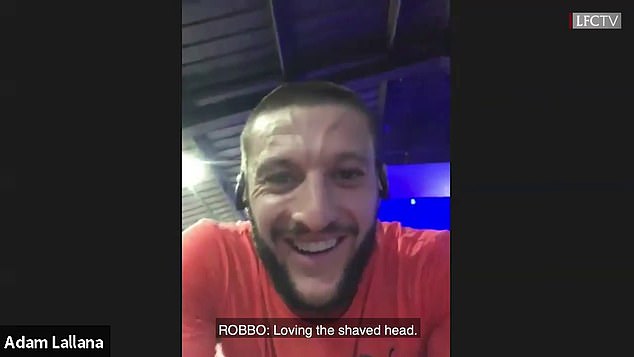 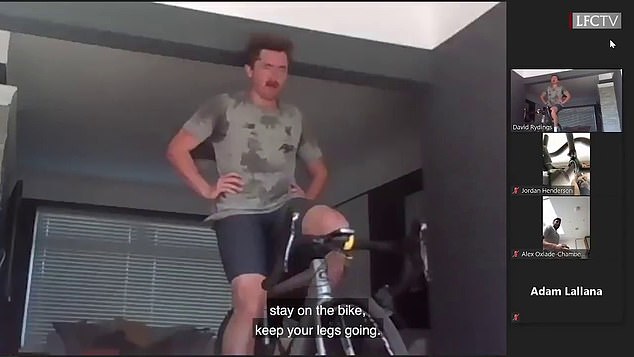 Liverpool’s official Twitter account posted a video which showed the squad finishing their session with the players able to catch up with how each other have been getting on.

But Adam Lallana surprised his team-mates by revealing his newly shaved head, as did assistant manager Pep Lijnders.

Andy Robertson said: ‘Loving the shaved head,’ to which Lallana replied ‘are you gonna go for it?’ 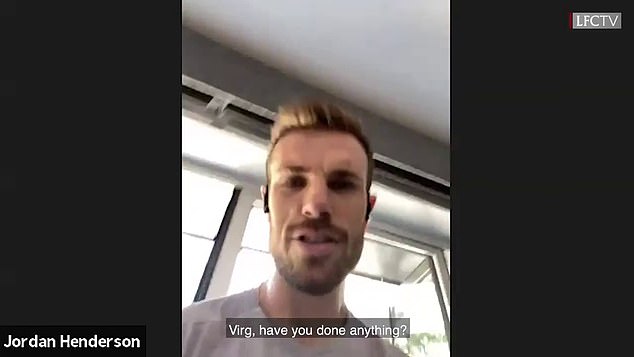 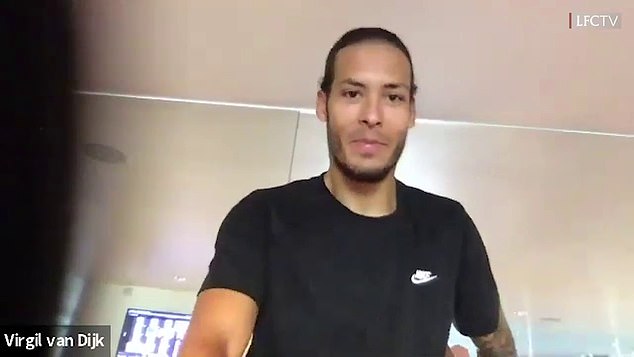 At that point Jordan Henderson stepped in claiming, ‘we’ve all got to, surely?’

The Liverpool captain also had some questions for Virgil van Dijk as the session came to a close with the Dutchman not appearing to be very tired.

As Henderson wiped the sweat from his face, he joked: ‘Virg, have you done anything?’

The defender replied, ‘I never sweat!’ as his other team-mates reached for water to cool themselves down.

Robertson was also keen to find out how Alex Oxlade-Chamberlain’s ‘chipping’ was coming along after the midfielder posted a video of him practicing golf in the garden. 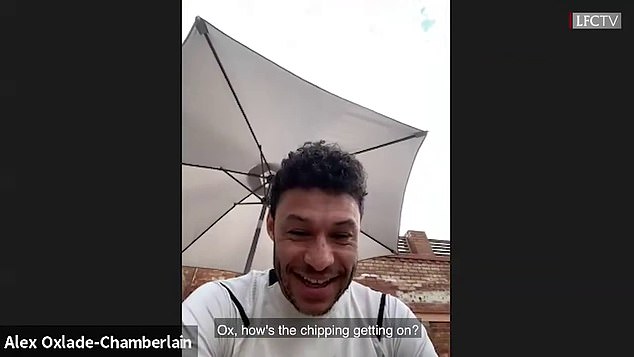 But it seems girlfriend Perrie Edwards has taken measures to stop him repeating his attempts.

‘Look at this [turns the camera round], they’ve put the hammock there and they bought a 30,000ft trampoline. No space now.’

Mohamed Salah, Dejan Lovren and Xherdan Shaqiri also featured briefly in the video with Salah looking to have worked himself hard during the session.