A street in Leeds has been named after Marcelo Bielsa in honour of the coach’s achievement of guiding Leeds United back to the Premier League.

Leeds’ return to the English top flight was ensured on Friday evening when second-placed West Brom failed to defeat Huddersfield in the Championship.

League leaders Leeds are guaranteed to finish in an automatic promotion place as a result, meaning their 16-year absence from the Premier League is finally over.

The Peacocks looked set to make the jump last season – Bielsa’s first in charge – but they slipped into the play-off places and were defeated in the semi-finals by Derby County.

The Argentine manager saw his team get over the line this term, however, and the achievement has been commemorated in the form of a street being named ‘Marcelo Bielsa Way’. 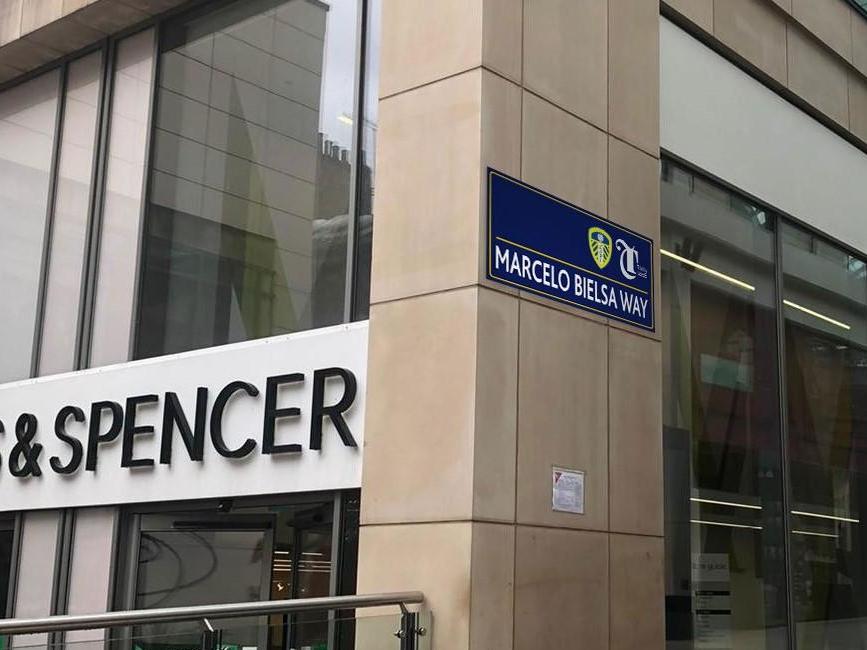 Signage for the street, which connects Trinity Leeds shopping centre to Commercial Street, will be installed next week.

Trinity Leeds, which is behind the renaming of the street, is also temporarily changing its name to Trinity Leeds United for the rest of July.

David Maddison, Centre Director of Trinity Leeds United, said: “This is a fantastic moment for the city and we are delighted to be able to share in the celebrations as Leeds United return to the Premier League.

“The speed at which the manager has turned around the fortunes of this team and the manner in which he’s done it – the Bielsa way – he deserves all the plaudits and we are absolutely delighted to rename this street ‘Marcelo Bielsa Way’.

“The street renaming is a permanent reminder for fans, and any visitors from his native Argentina, of the team’s incredible achievement.

“We’re proud to be part of the Leeds United community and we wish the players, the manager and the fans every success for next season.”