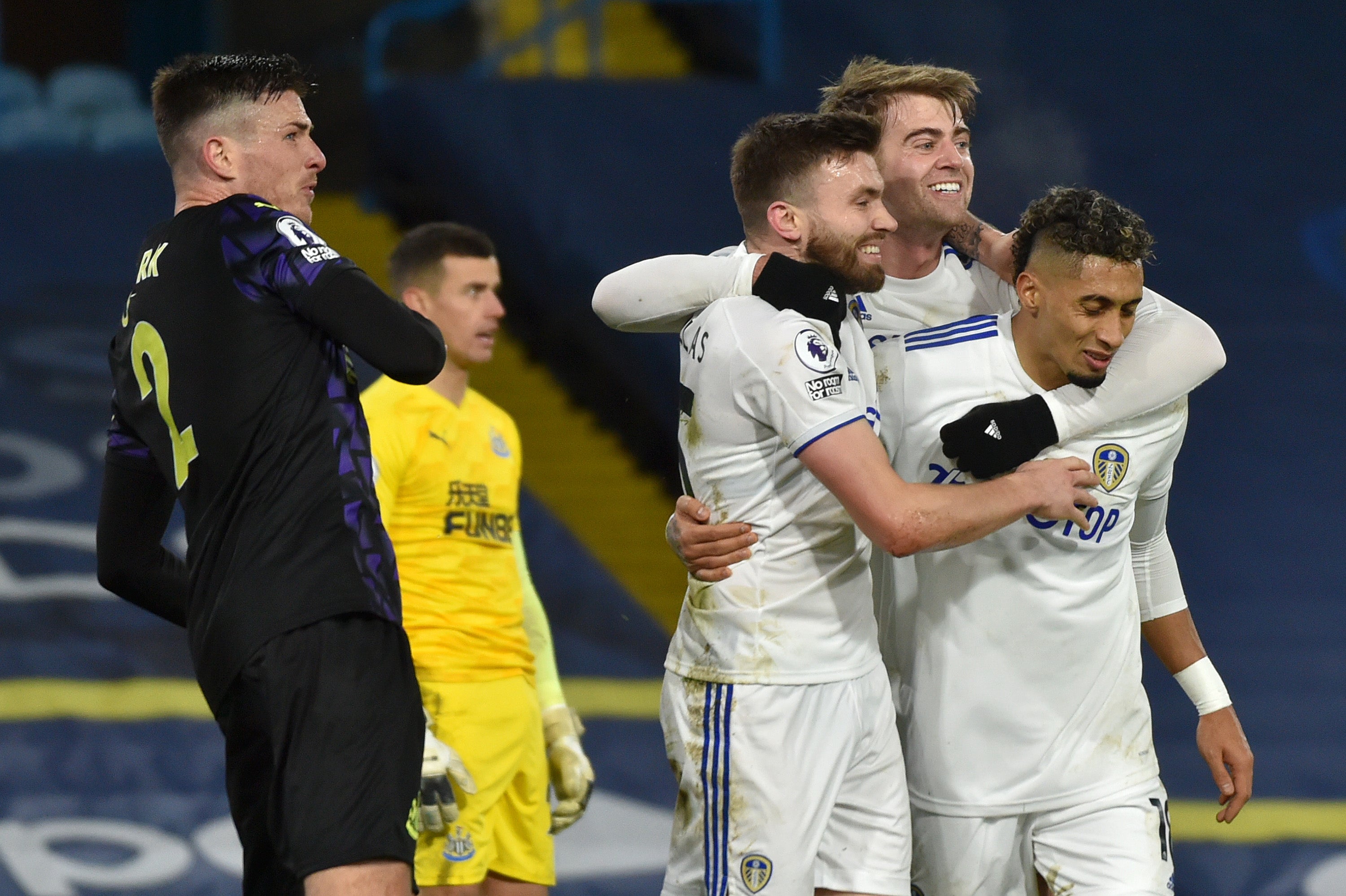 The Magpies were becoming increasingly sloppy in possession, inviting pressure from Leeds, who went ahead for the first time in the 61st minute when Harrison’s left-wing cross was met by a bullet header from Rodrigo.

Darlow was helpless as the ball nestled in the far corner but the goal drew a reaction from Newcastle, with Wilson’s strike forcing Meslier into a fingertip save, after which Leeds’ set-piece problems were exposed again.

Fraser’s corner to the back post saw Clark get above his marker to head beyond Meslier at the far post in the 65th minute – the eighth goal Leeds have conceded from set-pieces this season.

But the seesaw nature of the game continued as Sean Longstaff was punished for dithering on the ball in the area. Mateusz Klich’s ball from the left bounced over Jamal Lewis and was headed in at the back post by Dallas.

Newcastle were then twice caught on the counter. First, Leeds burst upfield from a Newcastle corner and the composed Alioski finished well in the 85th minute.

Another Newcastle corner led to Leeds charging upfield once again, with Harrison superbly finding the top corner with a left-foot effort from outside the area.