Brendan Rodgers hinted Leicester may ask for Tuesday’s Premier League clash at Everton to be rearranged for a second time after he was left with only eight senior outfield players for the FA Cup victory over Watford.

The Foxes are without 17 members of their first-team squad due to injury, illness and international calls – Kelechi Iheanacho, Wilfred Ndidi, Daniel Amartey and Nampalys Mendy are at the Africa Cup of Nations – and have barely 72 hours before they play again at Goodison Park.

The fixture, originally scheduled for December 19, has already been postponed once due to an outbreak of Covid-19 in the Leicester squad. 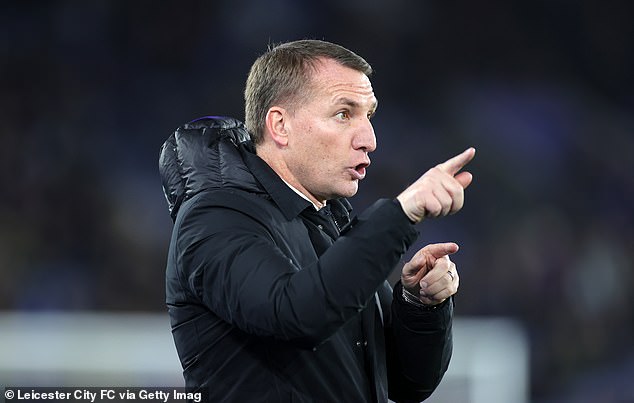 Premier League rules state that clubs must have 13 outfield plus a goalkeeper available to fulfil a fixture.

‘We’ve been stretched in terms of numbers and for the integrity of the competition we’ll assess where we’re at,’ said Rodgers.

‘You saw the squad and the team we had against Watford so we have to see where we are in terms of players and take it from there.’ 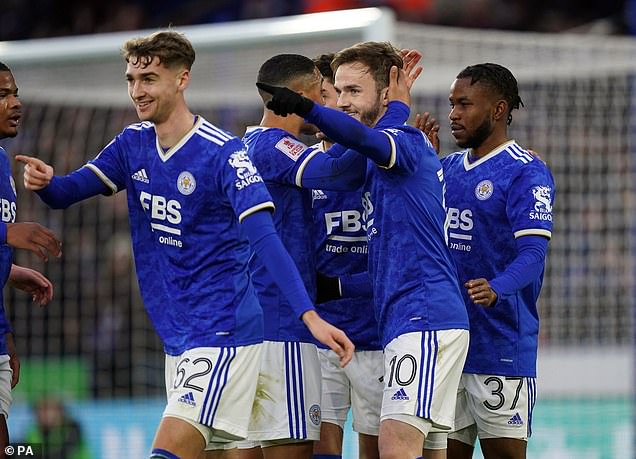 Leicester are unlikely to have any of their absent players back if the game does go ahead, with Jamie Vardy, Jonny Evans and Timothy Castagne among those unavailable.

Apart from goalkeeper and captain Kasper Schmeichel, who was rested for this one, Leicester’s bench did not contain a recognised first-team player.

Rodgers added: ‘We had 10 academy players involved in the squad.

‘It was a very good test against a Premier League team. It was a tough game and I am delighted we played as well as we did.’