The six-time Ballon d’Or stunned Barcelona when sending a fax to the club on Tuesday expressing his wish to exercise a clause in his contract, allowing him to leave for free with immediate effect.

The deadline for the Argentine to trigger his exit clause was June 10, but it’s thought the coronavirus pandemic and the extended season may have altered the conditions.

Messi, 33, told new manager Ronald Koeman during a meeting that he was leaning towards leaving the club and the Dutchman’s decision to tell Luis Suarez that his services were no longer required tipped him over the edge.

Paris Saint-Germain, Manchester City and Inter Milan have been suggested as possible destinations but presidential hopeful Font thinks that Messi could stay if current president Bartomeu is dismissed after the club’s elections next March. 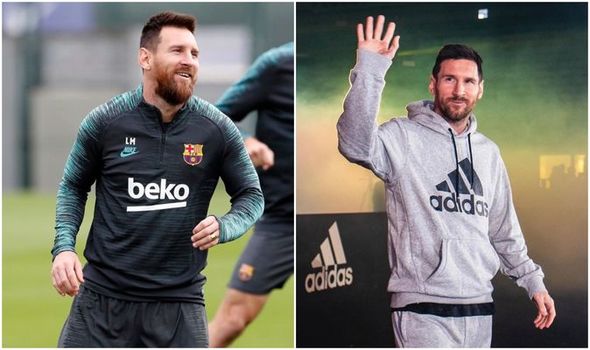 “If there is any option for Messi to stay, no matter how small, it goes through the resignation of Bartomeu,” Font said on Onda Cero radio show ‘El Transistor’.

“Messi has been here for 20 years, making that decision will have cost him a lot but it indicates his degree of frustration here.

“This board will leave with this departure on its CV. After the 8-2, we thought we had hit rock bottom, but we hadn’t.

“Leo is a legend of Barcelona, I cannot imagine that his departure will be determined in court; I hope, for the good of the institution, that we know how to handle his departure well.

“Messi’s entourage has told me that the decision is firm. This is not a matter of two days ago, it is before the defeat in Lisbon. We already warned that it could happen.”

Meanwhile, Gary Lineker has urged Barcelona to “help, not hinder” Lionel Messi in his attempts to find a new club.

“If Messi is to leave Barcelona by activating a release clause, then I hope the club try to help, not hinder him,” Lineker wrote on Twitter.

“He’s been fiercely loyal and their greatest ever player.

“It would be terribly sad if it finished with a fight between the player and the club.”