Liverpool and Manchester United are the only two Premier League clubs who could pull off a transfer for Kevin De Bruyne, according to reports in Spain. The Belgian will make an informed decision on his future at Manchester City in correspondence with the club’s appeal against their Champions League ban.

Earlier this year the Premier League champions were accused to have committed “serious breaches” of UEFA’s club listening and Financial Fair Play regulations.

The club have lodged an appeal with the Court of Arbitration of Sport, which could see the ruling overturned.

De Bruyne will wait until then before making any decision on his future, with the midfielder admitting it would be tough to play two seasons without Champions League football.

“The club has told us that they will appeal the decision, and they are 100 per cent convinced that they are in the right,” De Bruyne told Belgian outlet Het Laatste Nieuws.

“I have confidence in my club: if they are saying it’s true, then I believe them. 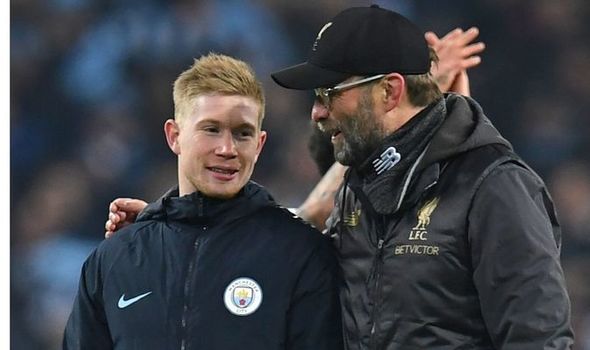 “We’ll wait and see what happens. Once there’s a final decision I will look at it.

“Two years [without Champions League football] would be long. One year is something I might be able to cope with.”

According to Spanish outlet Sport, only Liverpool and Manchester United would be able to pull off a deal for De Bruyne out of all the Premier League clubs.

Other potential suitors in Europe include Real Madrid, Barcelona, Bayern Munich and Juventus. 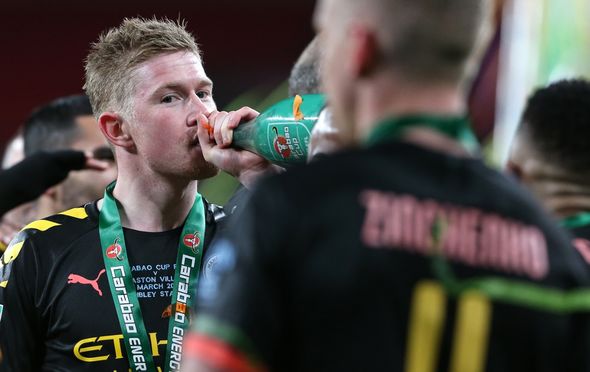 De Bruyne is likely to cost over £150million but it goes without saying that City have no intentions of selling their star, particularly to a direct rival.

Neither Liverpool or United would even consider a lucrative swoop for De Bruyne and it’s likely that if he was to leave City it would be for Spain.

The 28-year-old has claimed that his future does not depend on whether Pep Guardiola stays either.

“Not particularly,” he said, when asked if that was the case.

“I think Pep has said that he’ll stay until the end of next year, whatever happens. I think his contract is running out then.

“We’ll have to wait, but I’m not going to make a decision based on what he does of course. I have already worked under other managers and when Pep leaves, I have to continue working with someone else.

“The last few years a lot of clubs have enquired, and have asked after my future plans, but I’m very happy at Manchester City. I play for one of the best teams in the world, I play in England, in my eyes from a competitive point of view it’s the best league.

“It’s a challenge to be the best here, and to win. That’s something I need to keep on going in my career. Whatever will come, will come.”