Liverpool boss Jurgen Klopp has reportedly decided to block Rhian Brewster leaving the club on loan in the summer transfer window. Brewster has long been tipped for a bright future at Anfield having impressed throughout the youth ranks.

A long-term injury curtailed his development somewhat before returning to fitness in 2019.

Klopp proved his interest in seeing Brewster make the step up to the first team by including him in the match day squad for the Champions League final against Tottenham a year ago.

And the striker went on to make his senior debut a few months later but opportunities were few and far between for more first-team action.

The decision was made to loan Brewster out to Swansea in January which proved a huge success. 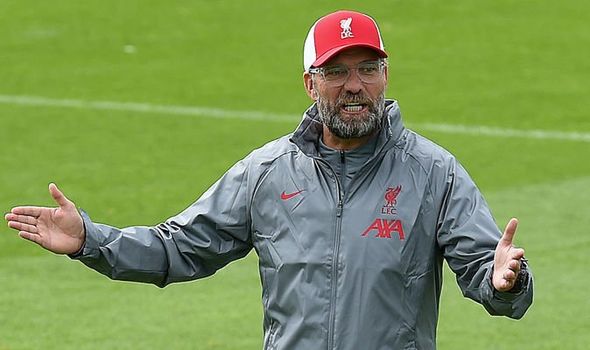 The 20-year-old finished his short-term loan with 11 goals in just 22 appearances for the Championship side.

And he has carried that good form into the pre-season friendlies, scoring three in two games.

But there has been ongoing speculation surrounding Brewster’s immediate future at Liverpool with a host of Premier League clubs showing interest in signing him in loan.

Klopp admitted before the Community Shield that loaning him out for a full season may be an option for Brewster to gain more experience leading the line.

However, Football Insider now report the Liverpool boss has decided to keep the young striker on Merseyside to help provide cover in the forward positions.

The Liverpool boss has proven that he isn’t afraid to give young players opportunities when he feels they are ready.

Curtis Jones, Neco Williams and Harvey Elliott have all followed Trent Alexander-Arnold to become regulars in the first-team squad.

Liverpool though made it clear earlier this year that bringing in another forward was a top priority for the summer transfer window. 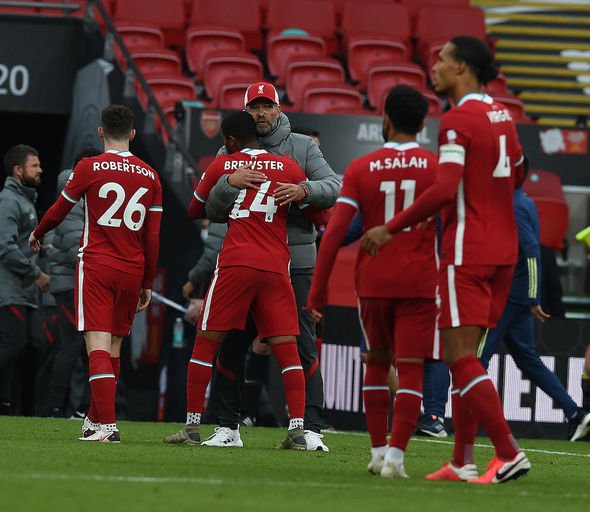 Timo Werner was the club’s main target before the coronavirus pandemic forced a financial restructure.

Divock Origi was the go-to option when Mohamed Salah, Sadio Mane or Roberto Firmino would need a rest but the Belgian striker struggled to make a regular impact.

There is still over a month left of the transfer window for Liverpool to potentially find another forward option.

But Brewster staying at Anfield would suggest that Klopp could entrust the England youth star to make the step up this season.