‘Players will need to recover mentally from the pandemic’: Liverpool defender Dejan Lovren opens up on lockdown struggles and reveals he has lost weight from individual training

Liverpool defender Dejan Lovren has opened up on the mental battles players face during the coronavirus lockdown.

The centre-back is trying to remain focused on the Premier League title race while maintain his physical fitness in time for the resumption of the football calendar.

‘It hasn’t been easy as we have been locked up in our homes for 46 days now,’ the Croatia international told Saturday’s online edition of Sportske Novisti, the Balkan nation’s leading sports daily. 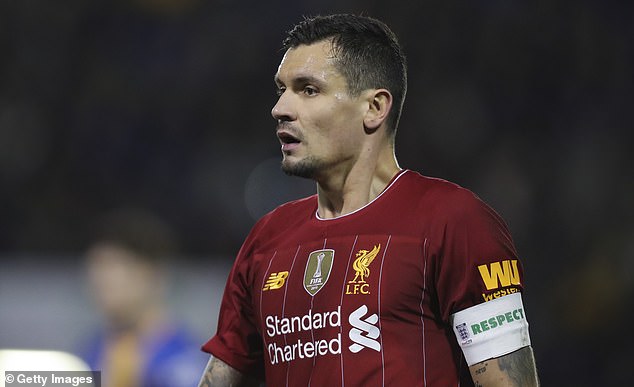 ‘The psychological aspect is the most difficult to overcome. I work out on my own as much as I can, I kick the ball around a bit with my son on our lawn, but training with the team is totally different.’

The league, which has been suspended since March 9, remains in limbo and unable to take any steps until any government decision next week on possible changes to lockdown restrictions.

All 20 clubs held a conference call on Friday in which they looked at plans for a resumption of training later in May followed by a possible return to competitive action in June. 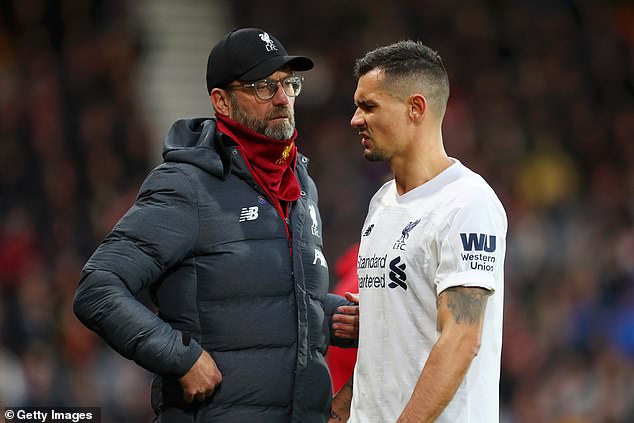 During the meeting, the clubs were informed that an eventual resumption of matches would only see them play only at neutral venues approved from a health and safety point of view.

Liverpool, who are on the verge of sealing their first league title since 1990, are top of the table on 82 points from 29 games, 25 ahead of second-placed champions Manchester City who have a game in hand.

Lovren acknowledged it was difficult to get excited by the daily routine under the circumstances.

‘I try to stay motivated any way I can. I get up in the morning and tell myself ‘I am going to get knackered in training today’ and at least I’ve managed to lose some weight,’ he said.

‘But I’ve also lost some mass on my legs because there is no substitute for a 90-minute team training session. You can’t do an indoor exercise on your legs for 90 minutes.’ 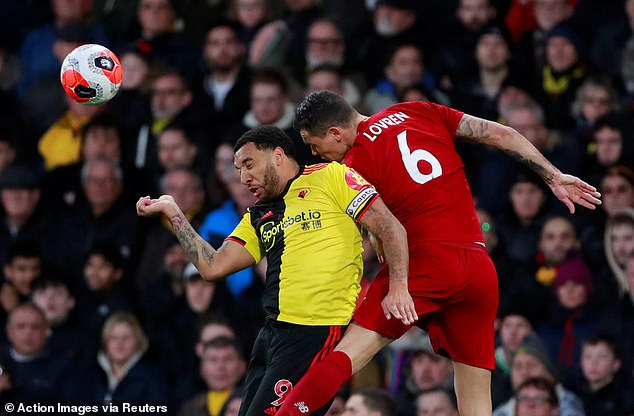 The 30-year old Bosnian-born centre back also expressed hope the season would resume in a timely manner so as to not disrupt the calendar more than the coronavirus pandemic already has.

‘I hope (UEFA President) Aleksander Ceferin and all the other people from UEFA and FIFA will come up with a solution so that we don’t get into a situation of having to play 15 games in 30 days,’ he said.

‘We need time off. This hasn’t really been time off because the players will need to recover mentally from the pandemic and the resultant quarantine.’