Liverpool have joined up with Merseyside Police, the city council and fan groups to urge supporters to watch Wednesday’s Premier League trophy ceremony from home amid concerns over gatherings at Anfield.

After claiming their first top-flight title for 30 years, Liverpool will lift the trophy following Wednesday’s match against Chelsea at Anfield.

The club and authorities, along with supporters group Spirit of Shankly, have warned fans against gathering with the coronavirus pandemic continuing to pose a significant threat to local communities.

In a joint statement, Merseyside Police assistant chief constable Natalie Perischine said: “This is such an important night for all Liverpool fans in the city and worldwide, with the Premier League trophy to be lifted inside the stadium. The club and TV companies have made careful preparations to ensure that millions of people can enjoy these special moments on screen, in the comfort of their homes. 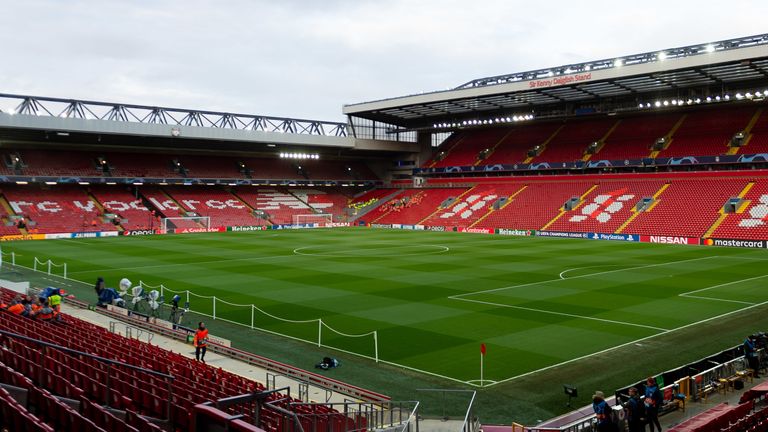 “On this occasion, the best seat in the house is in your living room. There is simply no benefit to going to the ground and we as a city cannot afford for people to gather in large numbers.

Liverpool’s players and staff will be presented with their medals and the Premier League trophy on a special podium built on the Kop, surrounded by fan banners.

Matt Ashton, director of public health at Liverpool City Council, said: “The coronavirus is still in circulation within our communities so it is vital that we continue to avoid large gatherings, to protect each other, our families and the NHS. 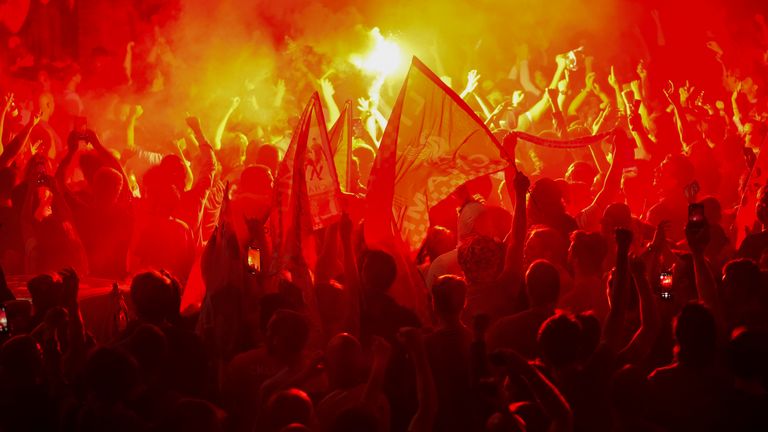 “The threat of a second lockdown is very real. Fortunately, the trophy ceremony is free to watch on TV. Hopefully the city will be able to mark this achievement more publicly in the near future. Until then, avoid any big crowds and enjoy the Reds being crowned Premier League champions.”

Merseyside Police did warn that if guidance isn’t followed, “additional measures” could be used to disperse supporters.

Assistant chief constable Perischine continued: “As with any normal match, a comprehensive and appropriate policing operation has been put in place ahead of Wednesday’s game. We’ll have officers on duty at the ground and surrounding area and they will be supported by specialist resources including the Dog Section and mounted police. We will also have a wider city policing plan in place throughout the night, which is standard procedure.