Liverpool will be given the Premier League trophy this season “one way or another”. That is according to UEFA president Aleksander Ceferin, who believes the Reds deserve to be awarded the title. Jurgen Klopp’s side have a 25-point lead over second-placed Manchester City and need just two more wins to secure the crown.

The Premier League season is indefinitely suspended due to the coronavirus outbreak although club chiefs hope to get back on track behind closed doors in June.

There have been calls to declare the season null and void due to the issues faced with resuming action without causing too much disruption to the following campaign.

Ceferin, however, “can’t see a way Liverpool could be left without a title”.

He said: “If the Premier League resumes play, Liverpool will almost certainly win the title.

“Theoretically it’s not all over, but practically Liverpool are on the verge of it.

“If by any chance the play will not resume, we still have to find a way to declare final results, to declare champions. 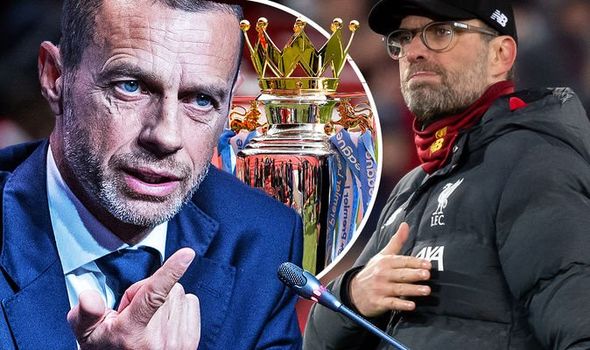 “And again I cannot see, I cannot imagine a scenario, in which the champions would not be Liverpool.

“I understand the fans will be disappointed if it happens in an empty stadium or even in the league offices, but I believe they will get the title one way or another.”

UEFA have the added complication of needing to complete the Champions League and Europa League competitions.

Despite threatening leagues that abandon the 2019/20 campaign with expulsion from next season’s continental competitions, Ceferin insists UEFA will not advise any league how to end their season if play cannot restart.

Speaking to Slovenian outlet EkipaSN, he added: “I was speaking hypothetically.

“We will be ready for such scenarios, but we are not working on the details of them right now. 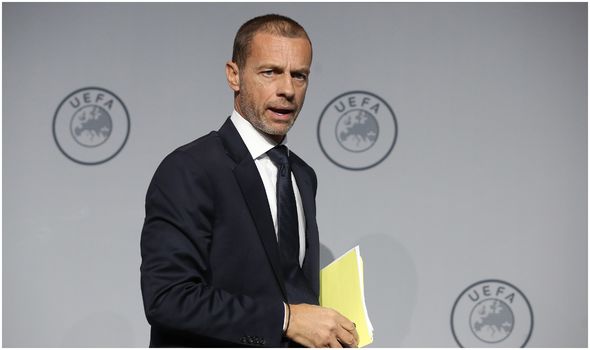 “Currently we are completely focused on bringing the competitions to the end on the fields of play.”

“The restart date is under constant review with all stakeholders, as the impact of the COVID-19 pandemic develops and we work together through this very challenging time.

“The Premier League is working closely with the whole of professional football in this country, as well as with the Government, public agencies and other relevant stakeholders to ensure the game achieves a collaborative solution.

“With this, there is a combined objective for all remaining domestic league and cup matches to be played, enabling us to maintain the integrity of each competition.

“However, any return to play will only be with the full support of the Government and when medical guidance allows.”