Jamie Carragher has revealed the small role he has played in Mason Mount’s career. Mount has established himself as one of the brightest young players in the country through his consistent performances for Chelsea this season.

Mount has been a key player for the Blues, appearing regularly under both Frank Lampard and current head coach Thomas Tuchel.

The 22-year-old midfielder has contributed eight goals and five assists in 46 appearances so far this season, helping the Blues reach the Champions League semi-final, FA Cup final and fourth place in the Premier League.

Just two years ago the Chelsea academy graduate was on loan in the Championship with Derby County, but he is now a regular for the Blues and will be challenging for a starting place for England at this summer’s European Championships.

Mount will likely be joined by the likes of Arsenal’s Bukayo Saka, Aston Villa’s Jack Grealish and Manchester City’s Phil Foden in Gareth Southgate’s squad and there have been many coaches who have helped him develop over the years. 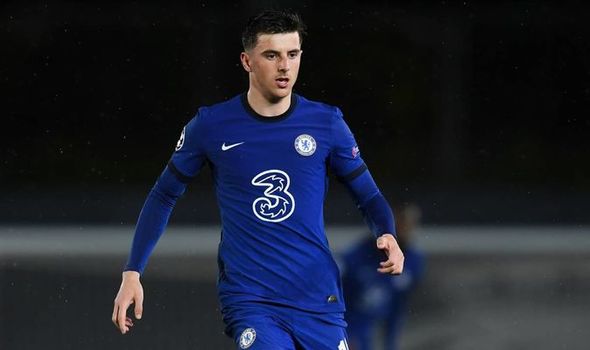 Lampard is the most obvious one, having coached him at Derby and Chelsea, but former Liverpool defender Carragher also has a personal connection to the midfielder.

“I claim absolutely no credit for Mount’s elevation to becoming one of this country’s most exciting young players,” Carragher wrote for the Telegraph.

“I did, however, have the privilege of coaching him for a short period when he was playing for England’s Under 17s.

“The manager at the time, Steve Cooper (now at Swansea City), knew I was keeping my options open about a career in coaching so invited me to be his assistant for a game against Germany in 2015.

“I had a touchline view of the next generation in an impressive 2-1 win. Within a few minutes of the first training session at St George’s Park, Mount’s talent stood out.

Man Utd, Chelsea set to miss out on Haaland Plan B dubbed ‘next Eto’o’

“It sounds like a cliche to say you can spot class in a couple of seconds, but it’s true.

“Then he delivered in the match, scoring a spectacular goal where he turned away from future Chelsea team-mate Kai Havertz with a cute backheel and then picked out the top corner from the edge of the penalty area.

“I have taken a keen interest in Mount’s career ever since, keeping an eye on his progress on loan at Vitesse Arnhem and Derby County prior to establishing himself at Stamford Bridge, because I was certain he had what it took to play at the highest level.

“Everything Mount has done in the last two years confirms that first impression. This kid can be the symbol of Chelsea for the next 10 years in the same way as John Terry in his prime.”