Liverpool legend Steve Nicol has named his greatest ever Premier League XI – and has left out Arsenal great Thierry Henry. Henry is widely regarded as one of the finest players to have graced the English top flight after scoring 175 goals in 258 league appearances for Arsenal. But Nicol could not find a place for Henry in his team.

Nicol said the formation of his side meant Henry would not be the best option.

“No [I haven’t picked Henry], Nicol told ESPN FC. “I’ve actually gone with two forwards and Thierry Henry isn’t one of them.

“Hold on a second, are you wanting the 11 best players or do you want to put a team together? 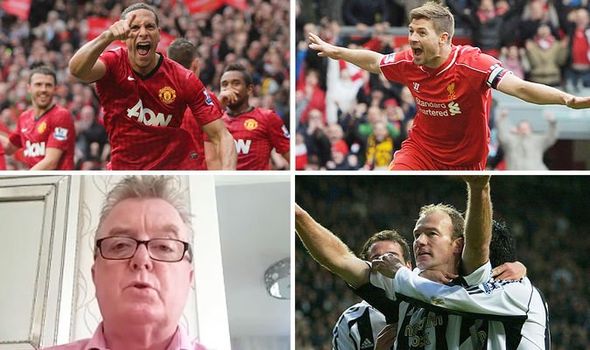 One former Arsenal player did make the cut, with Ashley Cole slotting in at left-back.

Cole was joined at the back by former Chelsea team-mate John Terry.

Seven ex-Manchester United players made the XI, starting with Peter Schmeichel in goal and Rio Ferdinand in defence, with Dennis Irwin at right-back.

Ryan Giggs and Cristiano Ronaldo were on the wing, with Roy Keane partnering Liverpool great Steven Gerrard in the middle of midfield.

Nicol continued: “I went for a 4-4-2, I went Keane and Gerrard in the middle of the park and the reason I went for those two is because I had Ronaldo wide on one side and I had Ryan Giggs wide on the other side.

“So it’s down to the shape of your team and if you’re playing a 4-4-2 with Ronaldo and Giggs wide, then you have to have Keane, and then you play Gerrard because Gerrard can get forward and score goals but he can also do a job in the middle of the park.

“So a lot of this is to do with how you set the team out. 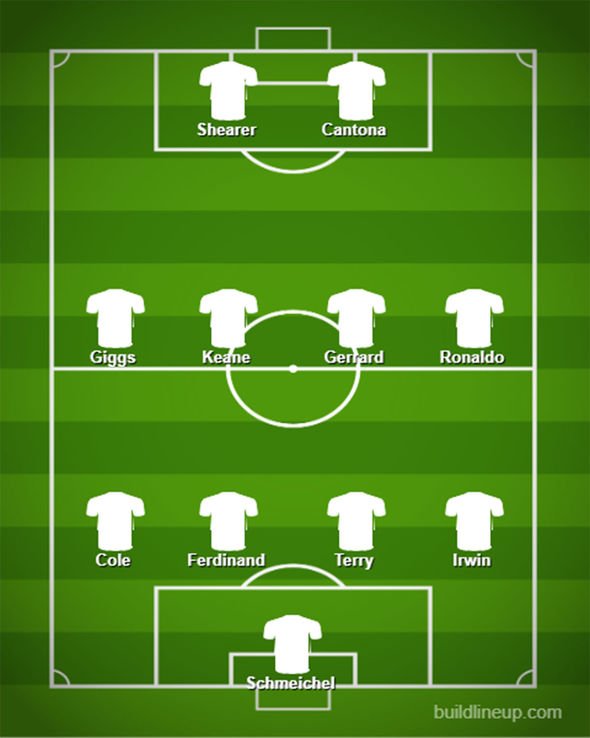 “Listen, I’ve gone with two forwards and certainly Aguero was in the mix, but I went for Alan Shearer and Eric Cantona.

“I went for them because of the side and how I think Cantona’s influence would be in front of the middle four and of course supplying Alan Shearer and also scoring goals himself.

“That’s why I didn’t have [Sergio] Aguero in it. Now, Aguero’s fantastic but for the makeup of my team, I needed Cantona and Shearer.”