Liverpool news LIVE updates: All the latest news and transfer gossip from Anfield

Liverpool are set to abandon a move for Timo Werner because of the coronavirus crisis.

The RB Leipzig hotshot was thought to be a leading transfer target for Jurgen Klopp but the Daily Mirror claim Anfield bosses are likely to spend nothing on new players this summer.

Werner would have cost around £50m while a planned swoop for Lyon’s Houssem Aouar has also been shelved.

Manchester United and Chelsea are also interested in Werner. 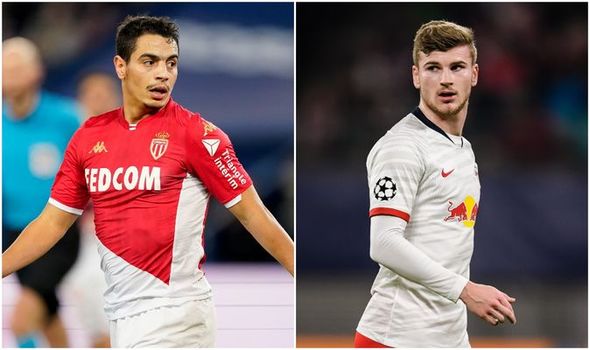 Liverpool are showing interest in Monaco forward Wissam Ben Yedder, according to the Daily Mail.

The 29-year-old is set to leave the Ligue 1 outfit at the end of the season and is rated at £40million.

The Frenchman has scored 19 goals in 31 appearances in all competitions for Monaco this season.

Liverpool’s possible return to Premier League action may have been accidentally leaked by the club’s main sponsor, Standard Chartered.

The champions-elect have not played in the league since the 2-1 victory against Bournemouth at Anfield on March 7, with a return to action in June earmarked by league bosses.

Liverpool’s shirt sponsor have their own app called Stand Red, which allows fans to see a countdown timer for the team’s next match.

And on Saturday, the app showed Liverpool’s next match as being away at Everton – at an unspecified venue – on Tuesday June 16, with a 9pm kick-off.

It could be an error, given the unusual kick-off time, although the date is coincidentally close to the weekend in which the Premier League plans to return.