Given the extent of his defensive suffering last season, Jurgen Klopp deserved the luxury of being able to switch up his rearguard to the extreme this week.

In fielding James Milner for the ill Trent Alexander-Arnold against Crystal Palace, using Kostas Tsimikas on the opposite flank to rest Andy Robertson and handing Ibrahima Konate a debut alongside Virgil van Dijk, only goalkeeper Alisson remained from Wednesday night’s 3-2 triumph over AC Milan.

So much change – the back line had never featured together before – and yet so much stability. Patrick Vieira’s aggressive, multi-threat side were not easy to combat and yet Liverpool kept another clean sheet: only Chelsea have scored against them in the Premier League this season.

On his changes, Klopp explained: “This morning after breakfast, Trent didn’t feel right. We actually planned to start him, but Millie did an incredible job and I am pretty sure he enjoyed that game.

“The whole last line all of a sudden are new, never played together, and on top of that Thiago of course. I think the midfield played only once together before, so that was interesting as well.”

With every matchday, it’s almost as if the Merseysiders maul all the ‘but, but, but’ marched at them.

But Liverpool don’t have any squad depth? In the past seven days, Klopp made six changes from the XI at Leeds to the one that lined up against Milan. At Anfield on Sunday, there were a further four alterations. And the maths: three wins, nine scored, two conceded – both of those coming in a mad two-minute spell.

Against Palace Milner had the unenviable job of replacing Alexander-Arnold, the player Liverpool’s system now most revolves around, as well as – eeeek – marking Wilfried Zaha.

At 35 and with debutant Konate alongside him, he aced the challenge: recording the highest touches, passes, tackles, sprints and distance covered.

Milner’s filling in spoke loud enough, but all those who were shuffled in on Sunday offered a solid contribution in a taxing contest.

But Liverpool’s offence is washed? They’ve only gone and belted in 15 goals across six fixtures in all competitions. That is without Roberto Firmino playing since the end of August and despite the last four encounters being seriously difficult hurdles to scale.

Divock Origi, lover of the Champions League stage, proved he is a more than useful fifth attacker on another exhilarating European night.

Sadio Mane, who is apparently past it, brought up his century of goals for the club in the Saturday afternoon sunshine, claiming a new record in the process.

By marmalising Palace once more, he became the first player in Premier League history to score against a single opponent for nine consecutive clashes.

But Liverpool don’t score from set-pieces anymore? All three of their strikes in the triumph against Vieira’s charges stemmed from that very avenue. Mane’s opener materialised from a Tsimikas corner, which was met by Mohamed Salah.

Vicente Guaita intervened, but the Senegal international sped onto the rebound and smashed it into the roof of the net from a tight angle.

For Liverpool’s second, Salah was ridiculously left unattended at the back post and buried another fine Tsimikas delivery from the flag, knocked on by Van Dijk, with an emphatic volley.

Naby Keita’s late, lovely, left-footed volley was set up by the full-back’s work from a corner again.

Guaita punched it out to the Guinean and bang! Even the midfielder, whose Anfield career has been maligned through a series of injury, adjustment and confidence issues, was smashing away the ‘but’s with aplomb.

It was obvious to those who understood the underlying reasons behind last season’s drastic dip – and didn’t just cry catastrophe – that Liverpool’s strength from set-piece situations in both boxes would return when Van Dijk did. That they added the services of Neuro11 to sharpen their mental strength and accuracy from deadball events is evidently working too.

As Vieira would say, ‘voila’ – although he would’ve desperately wanted that not to be the case at Anfield.

“We were really poor defending our set-pieces and you can’t concede three goals on set-pieces at Anfield if you want to take something from the game,” the Palace manager admitted.

“We knew how difficult this game was and I believe we played some really good football, but the frustration really was to concede those three goals on set-pieces. 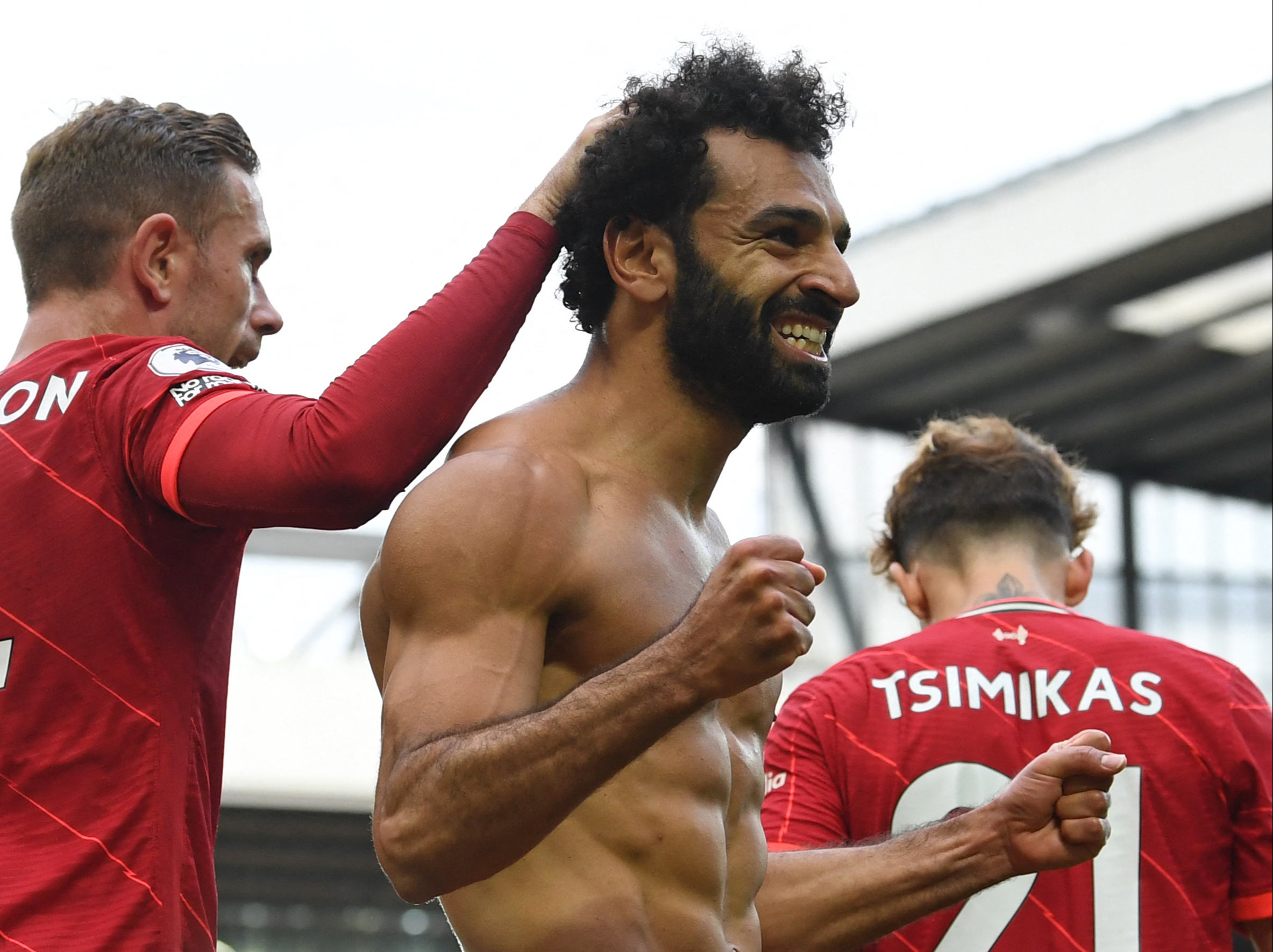 “You expect, especially playing at Anfield, to concede from open play. There was a lack of concentration at times and we paid for that with the quality of the players they have.”

The beauty of Liverpool’s win was that it was seriously earned. Palace were thankless, tenacious opponents that have the capacity do a lot of damage to a lot of teams this season.

“I told the boys after the game that this was one of the most hard-fought 3-0s I ever saw,” Klopp said. “We had to give absolutely everything. So, in a season, when you are Liverpool, you win football games from time to time. When you win, usually you are really good or brilliant.

“This Sunday-Wednesday-Saturday rhythm is just the most tricky one in the Premier League and so that we came through that now in the moment is very important.”

Liverpool have shown strong early signs of getting their groove back.