Liverpool defender Andrew Robertson says he and Arsenal ace Kieran Tierney are both ‘sick to death’ of people comparing them and attempting to stoke up a rivalry between them.

In Robertson, Scotland can boast about having arguably the best left-back in Europe.

The Liverpool star has played an integral role in the Champions League and Premier League successes under Jurgen Klopp over the past two seasons.

Tierney meanwhile made the big move from Scotland to England last summer, joining Arsenal for £25million.

However, he arrived at the club carrying an injury and then dislocated his shoulder. 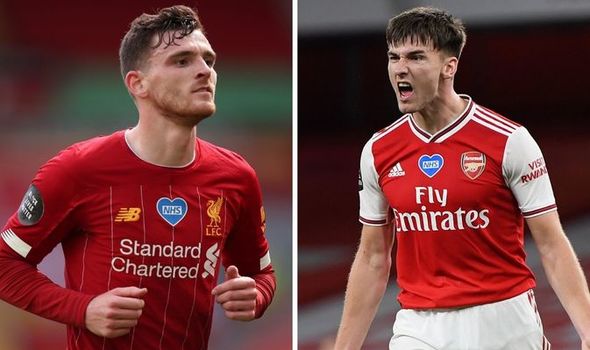 The three-month break due to the coronavirus pandemic enabled Tierney to get back to full fitness and since the restart, he has been a regular for head coach Mikel Arteta and produced a series of impressive displays.

In October, Robertson and Tierney will hope to be fit to play for their country against Israel in a Euro 2020 play-off.

Given their quality, manager Steve Clarke may decide to start both Robertson and Tierney on the left-side.

But Robertson insists he and Tierney have a good relationship and hopes people will stop trying to pit them against each other. 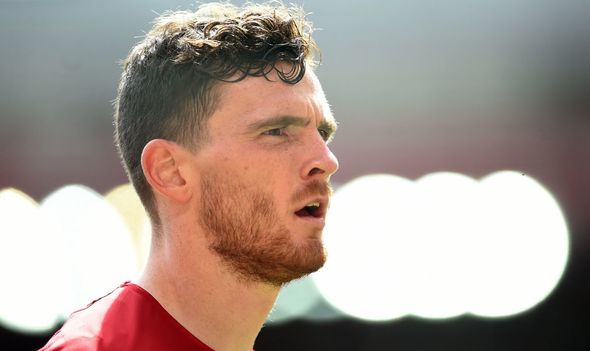 “I’ve spoken to KT about it before,” Robertson told The Lockdown Tactics podcast.

“Me and him are probably sick to death of everyone comparing us.

“One good performance from each of us and it’s one of us is better than the other. It’s just two players playing at a good level.

“It gets a bit tough when everyone in Scotland starts comparing you. Steve Clarke will have his own ideas and whatever he does it’s for the best of the team.

“Whether that’s playing one of us or two of us, we both have to deal with that.

“KT is a fantastic player, I watch him a lot and he’s excellent at what he does.

“He’s had a troubled time with injuries but now he’s back, he looks special.”