Jurgen Klopp picked up a second Best FIFA Men’s Coach award on Thursday night, 12 months after claiming the same prize, and the German admits that he and Virgil van Dijk were both surprised, despite their magnificent Premier League season last term.

Jurgen Klopp has revealed that he and Virgil van Dijk were both surprised that he won Best FIFA Men’s Coach for the second year in a row.

The Liverpool manager won the same award 12 months ago after guiding the Reds to Champions League glory.

So despite their Premier League success, Klopp admits that it was a genuine shock for him to edge out Marcelo Bielsa and Hansi Flick and claim the coveted prize.

When asked if he was surprised to win, Klopp replied: “I was, I was. I didn’t expect it. And Virg told me later he was as surprised as I was! 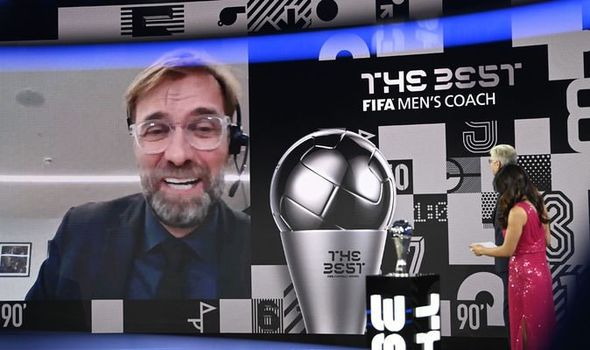 “Obviously not prepared for that but of course I have to say thank you and I do that – especially on behalf of all my coaching staff.

“We have a [message] group obviously and ‘we won it again’ was the message pretty much. That’s clear – without them I would not be here and we wouldn’t have the success we had and all that stuff. Without the boys, the players, it would not have been possible.”

Liverpool had a total of four players in the FIFPro Men’s World XI, with Alisson, Trent Alexander-Arnold, Van Dijk and Thiago Alcantara all included. 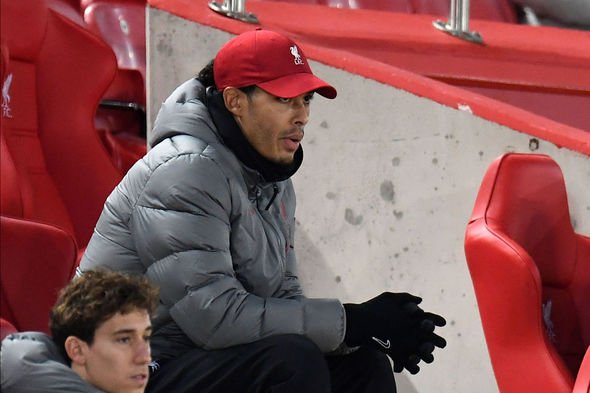 And Klopp believes that is a sign of how far his side have come from the team that was struggling to qualify for the Europa League when he first came in.

“The club is in a good moment, that’s true 100 per cent. Still we have too many injuries in this tricky time and stuff like this, but from time to time we can smash a nice performance on the pitch and can still win football games.

“When I heard the best team of the world, I said seven of them wouldn’t play in my team! [Laughs]

“We are blessed with some really good footballers around and long may it continue. The boys are young enough, I’m still in kind of an OK age. So, there’s still a lot to come, let’s go for it.”