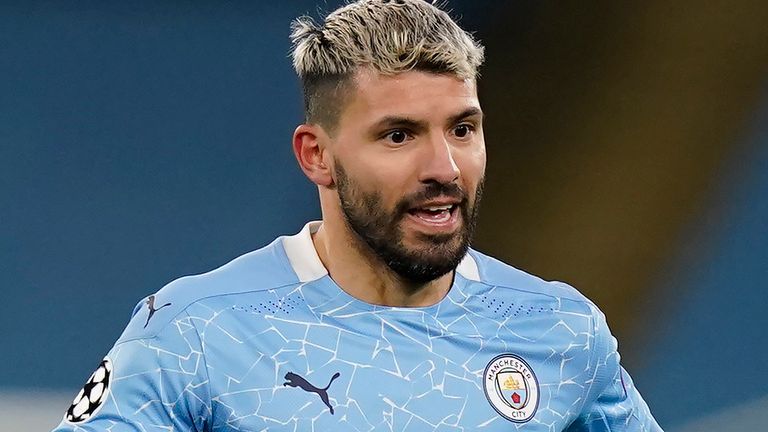 Team news and stats ahead of Manchester City vs Brighton in the Premier League on Wednesday; kick-off 6pm.

Manchester City’s record goalscorer Sergio Aguero will miss the Premier League visit of Brighton on Wednesday as his spell in quarantine continues.

Aguero has tested negative for Covid-19 but must remain in self-isolation having been identified as a close contact of someone who has the virus.

Defenders Nathan Ake and Aymeric Laporte are out injured but forward Raheem Sterling is fit and Ederson could return in goal following his own isolation.

Brighton will be without suspended midfielder Yves Bissouma, who sits out a one-game ban after receiving his fifth league booking of the season in the recent home draw against Wolves.

Alireza Jahanbakhsh is hoping to recover in time after being forced out of Sunday’s FA Cup penalty shootout win at Newport with a knock.

Jahanbakhsh will be monitored, while South Africa forward Percy Tau could feature again after making his debut off the bench against Newport.

Adam Lallana (illness), Danny Welbeck (knee), Aaron Connolly and Tariq Lamptey (both hamstring) remain sidelined, while Jose Izquierdo and Florin Andone are both working their way back from long-term injuries.

Follow Manchester City vs Brighton in our dedicated live match blog. Highlights will also be published on the Sky Sports digital platforms and the Sky Sports Football YouTube channel shortly after the final whistle.

This week on the Pitch to Post Preview Podcast we look ahead to the midweek Premier League games.

Plus, Sky Sports News reporter Rob Dorsett has the latest on the impact coronavirus is having at Aston Villa, following the postponement of their game with Tottenham, tells the story of Louie Barry, and discusses Wolves vs Everton.