Manchester City Women have joined forces with scientists at the English Institute of Sport in a “world-leading” research collaboration to accelerate the understanding of female athlete health.

First-team players, including captain Steph Houghton, have been utilising simple saliva tests which can provide accurate information on hormone levels within just 30 minutes.

Hormonix, provided by the English Institute of Sport (EIS) and developed by engineers at Mint Diagnostics, allows athletes and coaches to tailor training, nutrition and rest periods to menstrual cycles. 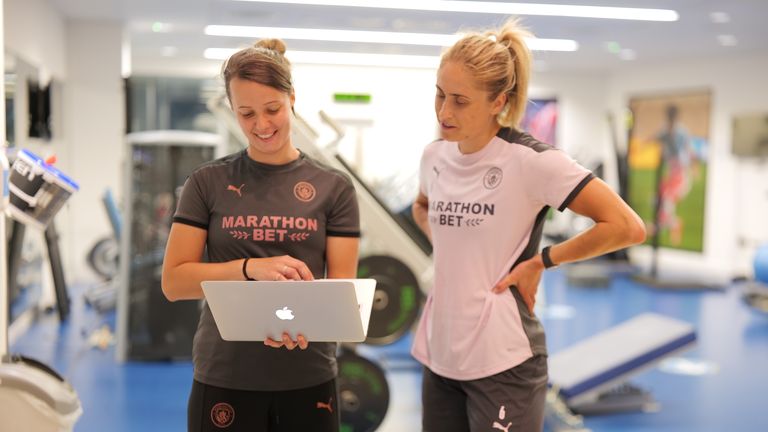 “For us as athletes, it’s just so important that you know your own body,” Houghton told Sky Sports News.

“Everybody is different first and foremost when it comes to your menstrual cycle and it affects people differently. For me personally, I probably get a bit more tired around that time, you have a bit of a backache, you might just generally be more fatigued or not as switched on as you normally would be.

“The way the game is going, especially women’s football, it’s getting to that high level where all these little details are going to count when it comes to winning leagues and winning trophies and the Champion’s League. 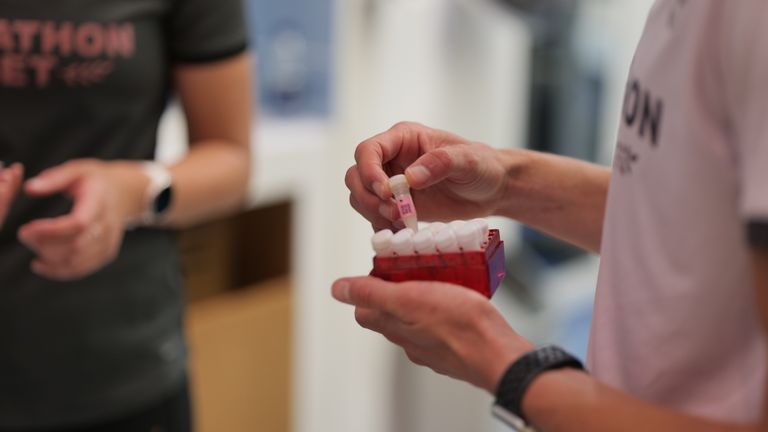 “I think we need to try and get away from the fact that it potentially was a taboo subject, we want to embrace it and use it to enhance our performances on and off the pitch.”

Previously hormone levels have had to be tested using blood samples which are then sent to a laboratory to be analysed, with athletes having to wait several days or weeks to receive their results.

Menstrual cycles and hormones can have a potentially significant impact on an athlete’s performance in competition and training, as well as susceptibility to injuries.

Some American studies suggest women are up to eight times more likely to suffer an ACL injury than men and that women are more at risk in the days leading up to ovulation.

Arsenal midfielder Jordan Nobbs missed out on the 2019 World Cup after rupturing her ACL and believes her period was a “high factor” in the injury. 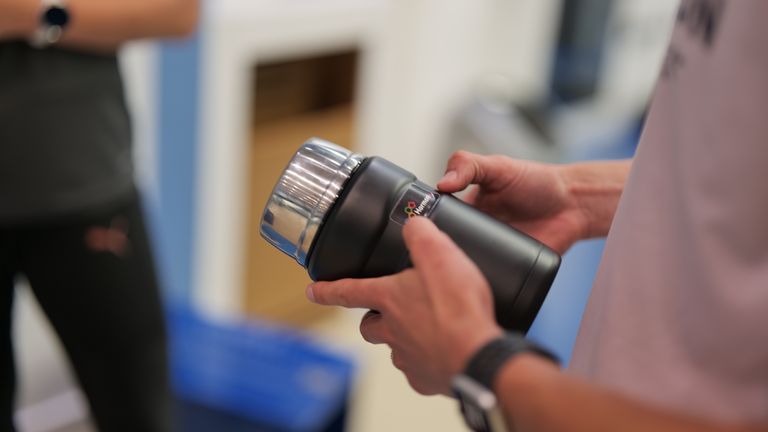 It’s hoped Manchester City’s involvement in the project will help make the prevalence of these kind of injuries a thing of the past.

“Hormonix is going to completely change that. Essentially what it’s doing is taking a big piece of lab kit, miniaturising it onto a stick so that we can measure hormone samples in real time in a non-invasive fashion. 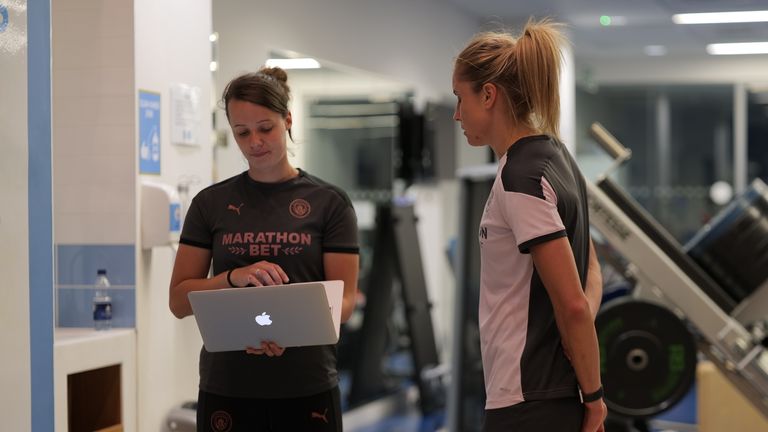 “The primary hormones of the menstrual cycle – oestrogen, progesterone – underpin virtually all of the biological systems that impact female health and performance, so they’re vital.”

Alongside the collaboration with Manchester City Women, the EIS have been trialling the technology on 15 elite athletes across eight Olympic and Paralympic sports, as part of UK Sport’s high-performance programme.

GB modern pentathlete Jess Varley was one of those taking part in the trial and feels finally understanding her menstrual cycle has lifted a huge worry.

“The two sports of mine that are most affected are the running and the fencing and for totally different reasons. The running, I have some days where I just feel bloated and sluggish, just heavy I guess.

“And then fencing, it’s more a mental impact. I find that my decision making is slowed down a bit and when you’re in the middle of a fencing competition, that’s not what you want.

“Since using the Hormonix, I’ve been able to confidently modify my diet to minimise symptoms. Six months ago my symptoms were terrible, I’d have cramps and bloating and also the mental side of it and something as simple and easy as changing the diet has meant that I’m almost symptom-free now.

“I can train all month round and I don’t have to worry about when a competition falls in my cycle.”

Female athlete health has been a priority for the EIS since before the Rio Olympics in 2016 and the Hormonix development follows the launch of the SmartHER campaign in 2019, aimed at opening up conversations amongst athletes and their coaches about the menstrual cycle and other areas of female physiology and psychology.

The pandemic halted a rollout of the technology in time for the Tokyo Games but it’s hoped by the Paris Games in 2024, it will be part of the mainstream – not just for athletes but also the general population.

“Elite sport is kind of like an incubator for this type of work but the insight and the knowledge that we gain from it is equally transferrable to wider society,” Dr Burden adds.

“So the work is starting here but hopefully it will filter out and have a much wider general societal impact.”