Manchester United have finally woken up from their transfer nap. While Chelsea, Arsenal and Manchester City have already splashed some cash, the Red Devils have acted to bring Donny van de Beek to Old Trafford in a £40million deal. But the Netherlands international may also be joined by Thiago Alcantara, who may leave Bayern Munich for the Premier League this summer.

While Manchester United have always planned to go after Jadon Sancho this summer, they’ve also wanted another playmaker for some time.

And that’s because of Jesse Lingard and Andreas Pereira, with the pair no longer up to the standards required at Old Trafford.

Ole Gunnar Solskjaer has been seeking squad depth. Towards the end of last season it became evident that he didn’t trust those who currently occupy his substitutes bench.

As the Red Devils were dragging their feet through a Europa League tie with FC Copenhagen, he only took action in the 90th minute.

And it spoke volumes that, as the clock wound down in their 2-1 exit to Sevilla, he only threw on Daniel James and Odion Ighalo with two minutes to spare.

United, in signing Van de Beek, are signing a midfielder who has flourished for Ajax during his time in the country.

And they’re also landing a substantial upgrade on Lingard and Pereira, who both endured wretched campaigns as the Red Devils scraped qualification for the Champions League. 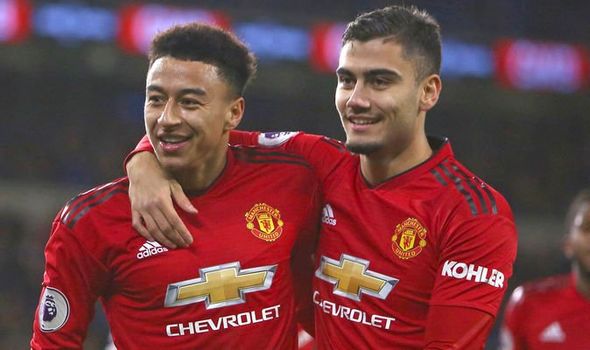 There came a time where Lingard was the hottest academy talent at the club.

He seemed destined to be a regular for years to come, especially after he propelled the club to FA Cup glory with the winner against Crystal Palace in the final.

But Lingard’s time at the club now looks over. With Van de Beek arriving, he’s got very little chance of becoming a starter again – especially with the European Championships on the horizon.

Last season, Lingard scored just once in the Premier League – failing to register a single assist in the competition from 22 appearances.

He ended the campaign with four strikes to his name and two assists in all competitions.

And his numbers are dwarfed by Van de Beek’s, who scored 10 times and clocked up 11 assists as Ajax retained their Eredivisie title.

So too are Pereira’s. 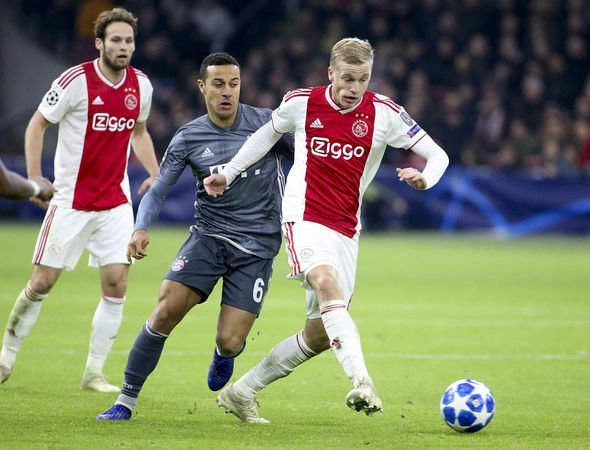 Last season was meant to be his time to shine, especially given how Solskjaer had ruthlessly axed Marouane Fellaini months previously.

Ander Herrera’s departure also made Pereira’s path to the first team easier but Pereira, like Lingard, looked out of his depth for the most part.

The Brazil international scored just once in the league and managed a meagre three assists.

And that meant he ended the campaign with just two goals to his name, and four assists.

Van de Beek is an upgrade on both players, hands down. And there’s hope he could be the answer to Solskjaer’s squad depth problem once his move to the club is officially finalised.

But he may not be the only midfielder to arrive.

United are also interested in signing Thiago from Bayern Munich, despite the Spain international appearing likelier to move to Premier League rivals Liverpool.

And, if they sign him, they’d have secured two major midfield signings in the same transfer window.

“Donny deserves this transfer so much,” he said.

“He has played excellent for Ajax.

“And Manchester United really need this kind of player in their team. This transfer is fantastic for us [Dutch people] too. We are all going to follow him now. This move is so deserved.”