Fernandes gave United a ninth-minute lead when he scored from the penalty spot after Marcus Rashford was fouled.

Former Liverpool ace Suso equalised in the 26th minute as the match headed into half-time level.

United should have put the game to bed in the second half but they were not clinical enough in front of goal.

And that sloppiness was punished when Luuk de Jong scored with 12 minutes remaining to send the La Liga side into the final.

United’s defence failed to deal with a routine cross as De Jong peeled off the back of Lindelof to stroke the ball home from close range. 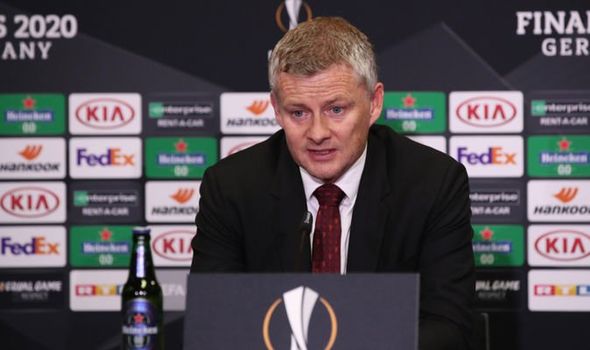 Fernandes was furious with his team-mate for the slack marking and the pair engaged in a heated row.

Solskjaer was quizzed about the altercation but he was happy with the passion on show.

“It was a disappointing goal to give away because we were on the counter-attack, Anthony [Martial] gets brought down – how he doesn’t get booked, I don’t know,” the Norwegian said.

“But then the ball keeps on playing, we work to keep it in and we lose the ball.

“Maybe it’s a disappointing goal to concede and I want players to be accountable and hold others to account.

“Then again, the cross got deflected, Brandon [Williams] got a bit unlucky, Victor just gets caught with the ball looping over him after that deflection so I think that was just a bit of frustration that took the boys.”

“It means a lot to us,” he said. “The boys in there are devastated, we’ve got a good group of lads, we know what it means to play for this club, losing isn’t accepting and getting to semi-finals isn’t semi-finals. 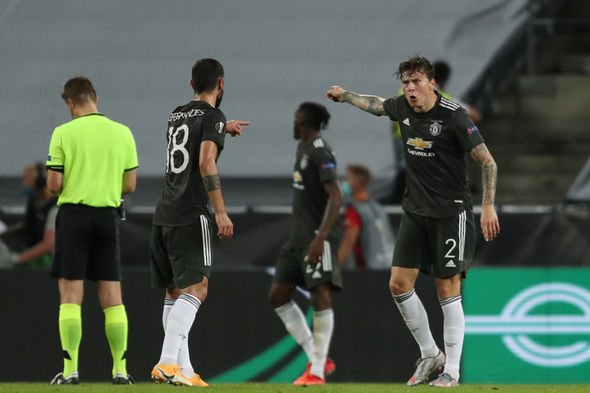 “We’ve now got to concentrate on taking that further, taking another step. The improvement we’ve made this year is massive, you’ve probably seen again tonight that we played a good Sevilla team.

‘We dominated the game and on another day we win that game comfortably and everybody goes on about how well we played.

“There’s areas where we can improve and we know that. We need to get better.”