Manchester United boss Ole Gunnar Solskjaer called on for two rules to be changed after his side thrashed Southampton 9-0. The Red Devils equalled the record for the biggest ever Premier League win with their thrashing of the nine-man Saints.

But United boss Solskjaer was unhappy with a couple of decisions after the game at Old Trafford.

Southampton had already been reduced to 10 men after Alexandre Jankewitz was sent off in just the second minute following his reckless challenge on Scott McTominay.

And the visitors ended the game with nine players on the pitch referee Mike Dean sent off Jan Bednarek for a challenge on Anthony Martial.

Dean awarded a penalty for the foul before checking his VAR monitor and determining that Martial had been denied a clear goalscoring opportunity – leading him to brandish a red at Bednarek.

And after a similar incident saw Arsenal’s David Luiz dismissed earlier in the day, Solskjaer says the rule needs to be changed. 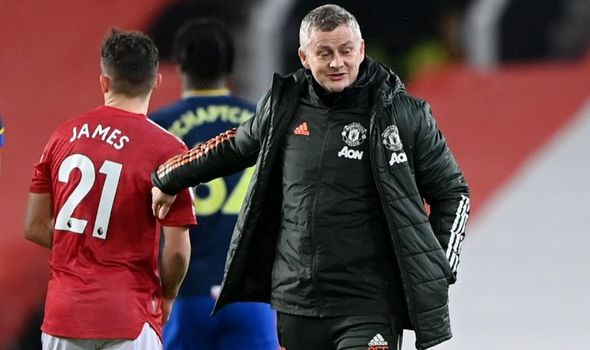 “Funnily enough, I had a discussion with the referees before the game,” Solskjaer said.

“I asked them what they thought about the David Luiz sending off because I don’t think he should’ve been sent off either, and Bednarek definitely shouldn’t have been sent off.

“The law needs to be looked at. But the letter of the law is if you foul someone, deny a goalscoring opportunity and you don’t attempt the ball, you’re going to be shown a red card.

“There was contact there but it shouldn’t have been a sending off. I think everyone in football agrees on this.” 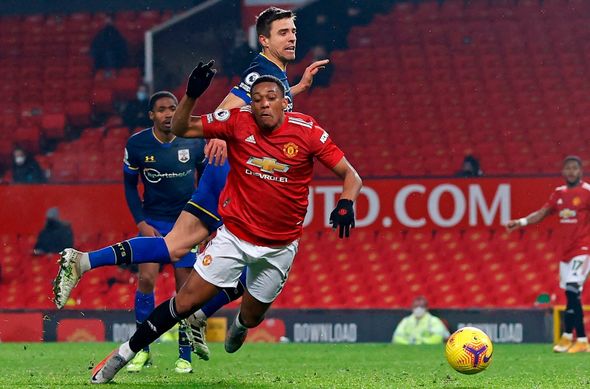 Solskjaer also called for a change to the offside rule whereby the flag is not raised until the end of the phase of play.

Aaron Wan Bissaka, who had opened the scoring for United, was hurt as he chased a ball that was subsequently ruled to be offside.

Talking to BBC Sport, Solskjaer said: “The other rule is the offside one when play carries on and Aaron Wan-Bissaka was hurt by it. We have called for that to be changed.”

The scoreline matched United’s thrashing of Ipswich Town in 1995, while Saints boss Ralph Hasenhuttl became the first Premier League manager to be beaten 9-0 twice after his side’s pummeling by Leicester in 2019.