Manchester United coach Michael Carrick has insisted it’s ‘unfair’ to compare Bruno Fernandes to Paul Scholes. The Portugal international has made a sparkling start to his Old Trafford career since arriving from Sporting Lisbon in January. Yet Carrick feels it would be unfair to compare the midfielder to Old Trafford legend Scholes.

It was Bryan Robson who first compared Fernandes to Scholes.

Speaking earlier in the year, the United legend said: “Since he came in he has looked a special player. He has a fantastic attitude.

“I’ve met him a few times, I’ve seen him at the training ground and he’s got a fantastic attitude.

“He mixes really well with the lads and you can see why he was captain of Sporting. What a talent he is.

“He’s brilliant at getting in little pockets in between the defence and midfield, he gets into these areas, gets himself space and he’s got terrific vision where he can sees a pass and perform a pass like Paul Scholes could, and he can score goals too.” 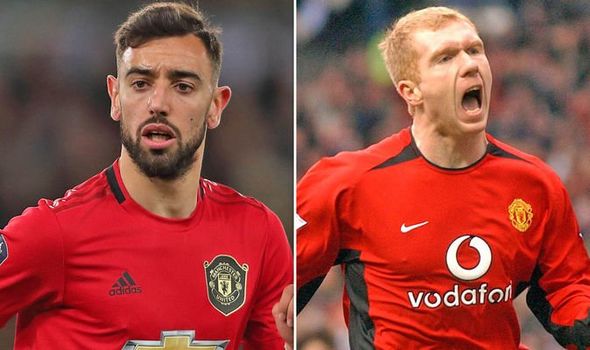 Carrick has now had his say.

And the United coach has been keen to play down comparisons, telling MUTV: “Listen, he’s got great qualities but I think it’s a little bit unfair in some ways to compare him to Scholesy.

“They are both individuals, it’s a bit too easy to tag them with a name that has previously gone before him.

“Bruno is his own player, he’s got great attributes and he’s made such a difference.

“It can be a tough club to come into and make a big impact straight away, sometimes it can take time to fit in and get used to your surroundings – it can be daunting. 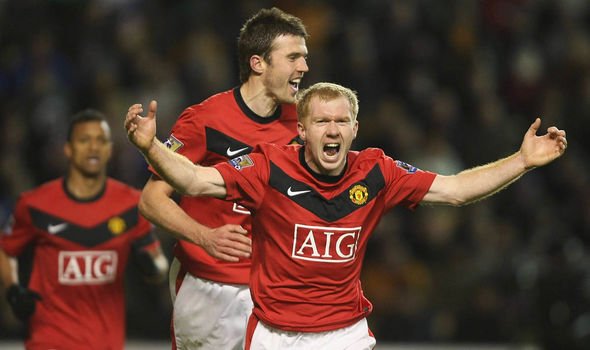 “He’s came in and was probably what we were looking for. The time was right, that little bit of a boost.

“He’s got an eye for pass and he’s not fazed about giving it away. He’s trying to do the right thing. He’ll give it away once or twice but he’ll try it again.

“I’m sure he’ll score more goals but he’s had a massive influence on us.”

Meanwhile, despite playing just five league games for United, Fernandes has made it into BBC Sport’s Team of the Season.

“Bruno Fernandes scored one goal from open play had few assists and helped Man Utd move from 5th to 5th. The bias is unreal. Who allowed this lmao,” said one fan.

A second said: “Bigger question how did Fernandes make it into the fans team of the season.”

A third said: “Guys let’s be honest, I know Bruno Fernandes has been good in the past 2 months… But was it necessary to include him in the team of the season?”

A fourth chipped in with: “BBC’s Team of the Season looks all good until you see f****** Bruno Fernandes who’s played 5 Premier League games…”

“Not disputing the fact that bruno fernandes is a good player but making tots with only 5 matches is a big NO!!” said another.

“Bruno Fernandes is on the team of the season? That must be a mad joke,” said a sixth fan.