Manchester United’s legendary full-back Denis Irwin says his former side may not be able to continue their fine form when the Premier League resumes in June. United were unbeaten in 11 matches when football was suspended due to the coronavirus pandemic in March. Ole Gunnar Solskjaer’s side had moved up to fifth in the Premier League table, were in the quarter-final of the FA Cup, and 5-0 ahead after the first leg of their Europa League last-16 tie against LASK.

It will have been over three months since United’s game at LASK when the English top flight resumes on June 17th.

Irwin believes there will be strange results as it will be like the start of a new season.

But he hopes the Red Devils can continue where they left off as much as they can.

“You just don’t know, hopefully football will get up and running,” Irwin told talkSPORT. 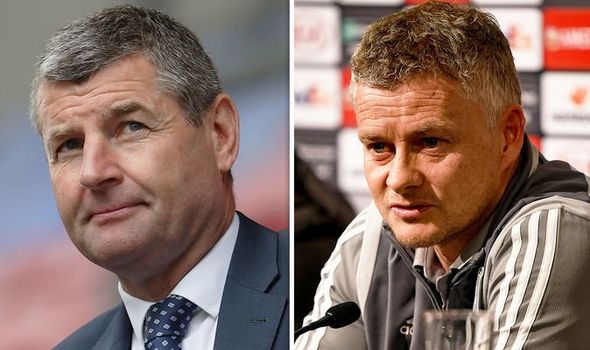 “You always get strange results on the back of early season [matches] but hopefully Manchester United will keep going and get up into that Champions League position.

“It’s not easy but we need to keep going, simple as that.

“But the signings have been great and the transformation, I suppose from January, has been there to see.”

Masters hopes games can be played as previously planned but admits the use of neutral venues is a possibility.

“It is our preference to play the games as they were originally planned, at home and away,” Masters told Sky Sports.

“We are in discussions with the authorities, there are some concerns and we are working through those.

“In the next seven to 10 days we will have a clearer picture about whether any of our fixtures are going to have to be played in neutral venues. We hope the number will be low.

“They (the police) have legitimate concerns but we think we can mitigate some of the issues they’re trying to deal with.

“Ultimately, we want the season to be played out on the pitch and we’re discussing a number of options to make it as fair as possible.”