Manchester United legend Gary Neville has warned Ed Woodward and Old Trafford officials that they need to back Ole Gunnar Solskjaer in the transfer market. The Red Devils secured a third-place finish in last season’s Premier League but were a long way behind Liverpool and Manchester City.

A brilliant run of form in the wake of Bruno Fernandes’ January arrival from Sporting Lisbon indicated that the 2020/21 campaign could be full of promise but a slow summer in the transfer market has dampened expectations.

Ajax midfielder Donny van de Beek is the only new boy through the arrivals door, although the club kick off their season a week later than the majority of the top-flight’s 20 clubs due to their previous term only finishing last month.

Solskjaer’s main aim for the upcoming Premier League campaign is to close the gap to the top two.

But Sky Sports pundit Neville believes his former team-mate needs the transfer backing his predecessors enjoyed if he is to have a chance at taking the club back to the top. 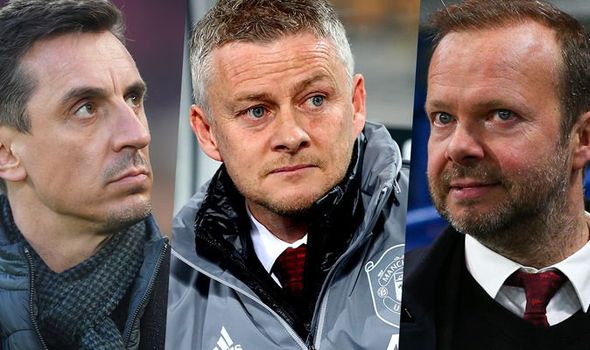 “A trophy and breaking that top two has to be the next step,” said Neville.

“I think this year he has to look to break that top two and that’s going to be difficult.

“He needs more players and support from the board to do that.

“If United don’t sign any players it won’t be down to the manager that they haven’t broken into that top two.

“There isn’t anybody in the world with that squad that would break that top two in this moment in time and maybe even struggle to compete with Chelsea with the way they’ve strengthened.

“So this is the moment that Ole, yes he had a difficult start to last season, but I think with what he’s done he deserves that backing that the other managers in the last ten years have been afforded.”

United are hoping to make three more signings before the October 5 deadline, with Borussia Dortmund’s Jadon Sancho, a centre-back and a left-back on the agenda.

Neville added: “I said last season, even when United were doing well, that they need four or five players of the highest quality not only to challenge for squad places but that can go into the first team. 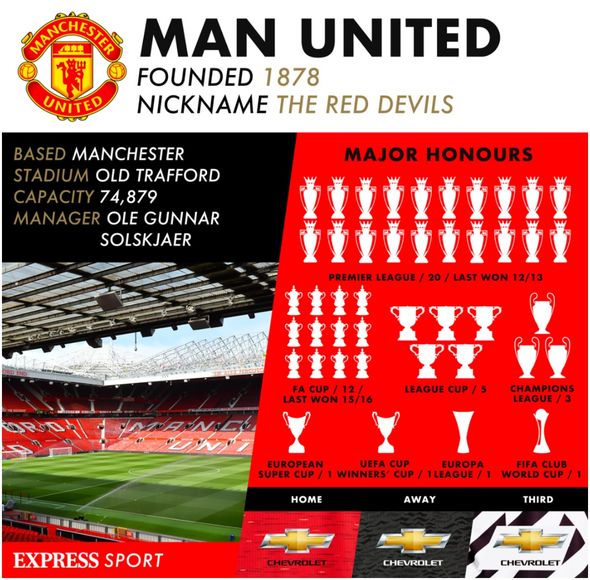 “And I think that was proven in the bigger moments towards the end of the season, where you look over the shoulder on the bench and the game changers aren’t there, the depth is not there.

“So, for me, it’s four or five players as a minimum that they needed.”

This article contains affiliate links, which means we may receive a commission on any sales of products or services we write about. This article was written completely independently, see more details here: /life-style/science-technology/1078812/Daily-Express-Information-on-Affiliate-links