Manchester United reportedly plan to go for Erling Haaland this summer – but only if Borussia Dortmund indicate a willingness to sell. The Norway international has been in sensational form this season, both for the Bundesliga side and Red Bull Salzburg. And Timo Werner and Moussa Dembele are also being considered behind the scenes at Old Trafford.

Manchester United had hoped to sign Haaland in the January transfer window having watched him shine over in Austria with Red Bull Salzburg.

The youngster bagged 28 goals in 22 games for the Austrian Bundesliga side before December and United were confident he’d be brought to the Premier League.

That didn’t happen, though, with Haaland instead choosing to join Dortmund.

United remain firm admirers of the 19-year-old, however, with Ole Gunnar Solskjaer previously managing the striker at Molde in Norway.

And the Evening Standard say they’re prepared to reignite their interest in the Norway international this summer.

However, that’s only if Dortmund indicate that they’re willing to cut ties with the striker after just a matter of months in Germany.

As things stand, that appears unlikely. 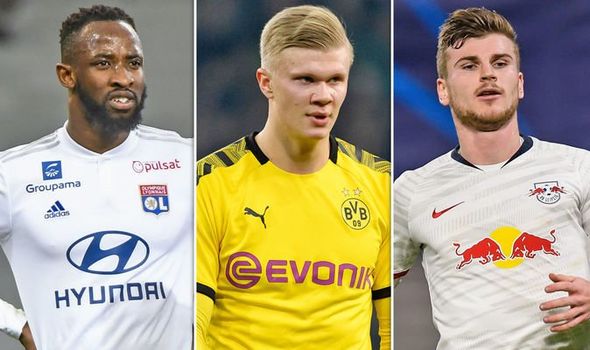 Dortmund are bracing themselves to lose Jadon Sancho this summer, with the England international a priority target for United.

And they’ve already insisted they don’t need the cash – which may mean Haaland staying put at the Westfalenstadion for another year.

It’s added by the report that both Werner and Dembele are under consideration at United, with the club seemingly undecided.

Werner has been in terrific form this season, scoring 21 Bundesliga goals and flourishing under Julian Nagelsmann.

And Dembele has been impressive for Lyon, scoring 16 times in Ligue 1 alone so far.

United want a striker this summer despite the Red Devils being expected to turn Odion Ighalo’s loan into a permanent transfer. 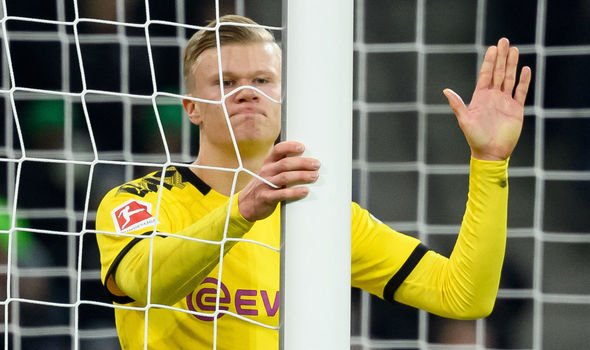 And who they end up with is something only time will tell, with Solskjaer eyeing a shot at the Premier League title next term.

Meanwhile, Haaland has alerted potential suitors by explaining how he’d be influenced when choosing his next club.

“You’ve got to time how good you are, how good the club is, the people there, how they take care of you, how they help you evolve,” the striker told Eurosport.

“There is a lot of factors and I remember when we discussed Salzburg and different clubs we figured out very early that Salzburg was the best option.

“And I’ve always thought ‘I can’t overrate myself’. That has always been important to me.

“Saying ‘yes, I’m good, but there’s a lot of good players out there’ so that has always been very important to me, to not think that I’m better than I actually am.”

Haaland also praised Solskjaer, saying: “I remember it was frustrating as a young striker, everything goes against you in training.

“Solskjaer and I did some practice on finishing. Not just crosses. I remember he taught me some easy rules.

“The first one was one-touch [finishes]. That I don’t use too much power and trying to destroy the goal or the goalie with ball.

“I think that I was thinking about doing that and it was something new that he told me. I trained a bit on that, but without scoring. But at least I had it in my head after that training session.

“He has taught me a lot to be calm, and also be on your toes and come to those situation where the ball is coming.

“It is then you have the chance to score. He deserves a lot of credit for teaching me that.”