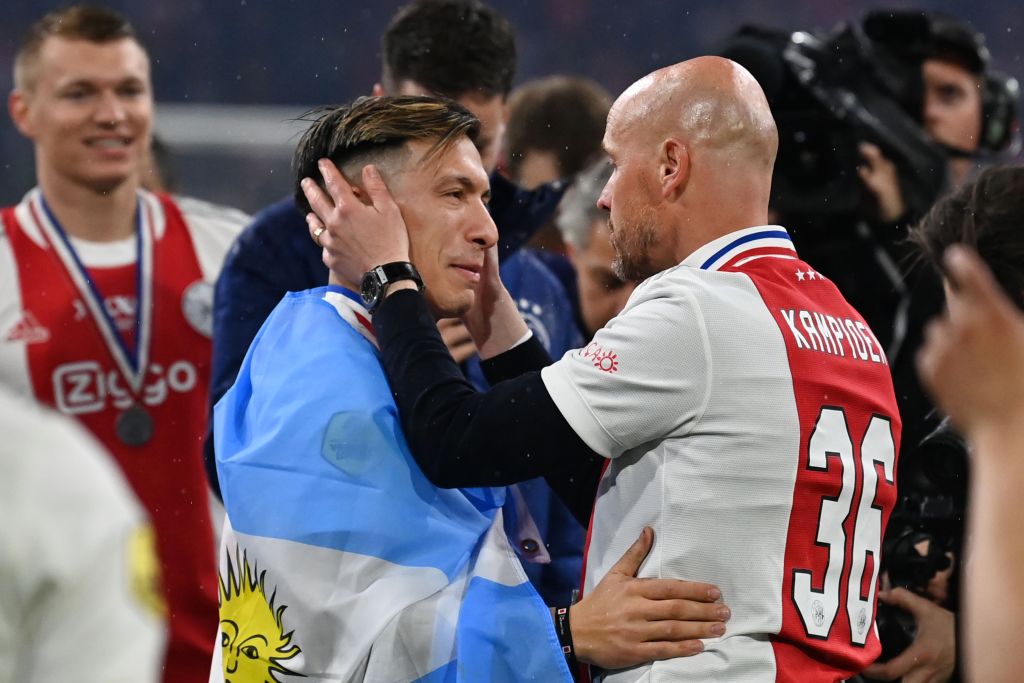 Manchester United have moved ahead of Arsenal in the race to sign Lisandro Martinez and are now in pole position to sign the Ajax defender.

Mikel Arteta had identified the Argentina international as the ideal candidate to offer competition for Gabriel Magalhaes on the left side of Arsenal’s central defence.

Arsenal transfer chief Edu has submitted three bids for the 24-year-old but the Gunners are yet to agree a fee.

That indecision has allowed United an opportunity to steal a march on their Premier League rivals and, according to the MEN, the Red Devils have not offered £37million for the versatile defender.

The Athletic, meanwhile, reports that Martinez is keen on a reunion with Erik ten Hag, who coached the player during their time together at Ajax.

United have made a slow start to their summer transfer dealings, but are expected to make rapid progress over the course of the next fortnight.

A deal for Frenkie de Jong is nearing a successful conclusion, despite the Netherlands international having reservations about a move to Old Trafford.

United are also on the verge of finalising the transfer of Feyenoord left-back Tyrell Malacia with the 22-year-old understood to have agreed a four-year contract in a deal that could eventually be worth €17m.

Ten Hag is also keen to raid his former club for Brazil international winger Antony, while United are also waiting on Christian Eriksen’s decision over his future.

The Denmark international is considering a rival offer from Brentford, but his former club Tottenham have cooled their interest.