Manchester United boss Ole Gunnar Solskjaer has revealed that he is set for fresh talks with midfielder Juan Mata over the Spaniard’s Old Trafford future, but it will be the player who ultimately decides whether or not to stay. Mata’s contract is due to expire in the summer.

The 33-year-old has made just 16 appearances for United this term having fallen down the pecking order in recent years. The arrival of Bruno Fernandes and the emergence of teenage sensation Mason Greenwood in the last two years have further limited his game time.

Mata was the second major signing of the David Moyes era in 2014. His £37million arrival from Chelsea midway through the 2013-14 campaign was seen as a coup, prizing him away from a direct title rival.

There have been some spectacular moments, including playing an important part in United’s first trophy since Sir Alex Ferguson’s departure. Mata scored the equaliser in a 2-1 FA Cup final victory over Crystal Palace in 2016.

But his Old Trafford career quite quickly fizzled out. He has failed to make more than 20 Premier League appearances in the last two seasons and his last top-flight goal came in a 1-1 draw with former club Chelsea in April 2019. 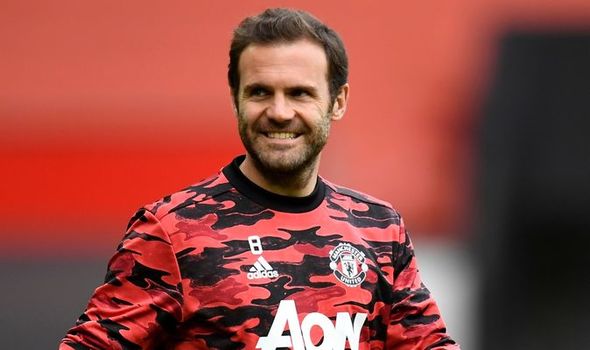 Mata has been linked to a reunion with former boss Jose Mourinho, who takes charge of Roma this summer. Inter Milan, Lazio and clubs from his native Spain are also credited with an interest.

Solskjaer has already cracked ahead with organising his squad for next season.

Talks with Mata follow United securing a one-year extension on Edinson Cavani’s impressive stay. The Uruguayan has scored 15 goals since arriving on a free transfer following his release from Paris Saint-Germain.

And Solskjaer has said that Mata is in control of his own situation ahead of a likely departure after 271 appearances for the club and 50 goals.

“I’ve kept the dialogue with Juan and we’re due to speak again very soon. Of course, he’s not played as much as he would like and that’s a decision we will make with him,” Solskjaer said when asked about Mata’s future.

“He’s in charge of his own future, he’s been such a good servant for the club but it’s hard to leave good players and good people out of the team and it’s about what does he want as his next step in his career.

“Is it to play his career out here or is it to go somewhere else? We haven’t made the final decision yet.” 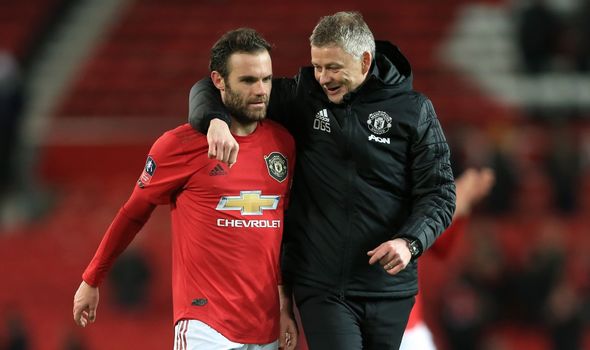 United are set to finish runners-up to rivals Manchester City before they face Villarreal in the Europa League final.

Mata played 90 minutes in a heavily rotated side as United lost 2-1 against Leicester City last Monday.

Solskjaer has complained about a tough fixture schedule that saw his side play three games in five days last week, largely due to the club’s Europa League campaign and having their fixture against Liverpool rearranged due to fans’ protest before the original game three weeks ago.

The Red Devils lost the rearranged match 4-2, meaning that they need at least a win in their remaining two games to secure second place.

Solskjaer’s side then travel to Poland to play the Europa League final against Villarreal in Gdansk on May 26.