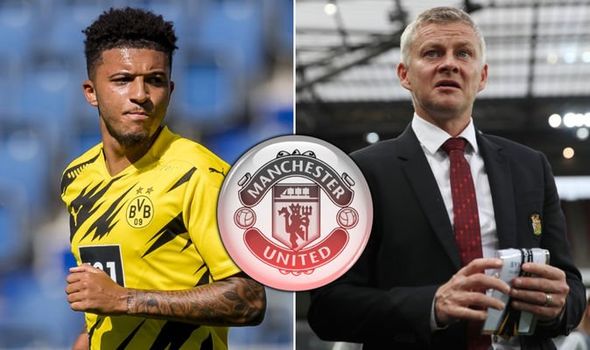 Manchester United are considering shelving their attempts to sign Jadon Sancho from Borussia Dortmund for another 12 months amid protracted negotiations between the two clubs, according to new reports.

The Red Devils have been locked in talks with Dortmund as the Germans demand around £108million (€120m) for the winger, who has been brilliant in the Bundesliga over the past two campaigns.

Sancho has produced 29 goals and 35 assists in his last 66 appearances in Germany’s top flight.

And such form has seen the former Manchester City trainee tipped to return to his homeland, with United the front-runners to land his signature despite a host of clubs keeping a close eye on the 20-year-old.

Yet with United having little joy in talks to sign the England international, the Daily Mirror say the Premier League giants are deciding whether or not to give up on the idea of signing him this summer in order to reignite their interest in a year’s time.

It is not stated in the report that United will sign an alternative player but the likes of Douglas Costa and Kingsley Coman have been linked as cheaper back-up options to Sancho, and the former – aged 29 – could be viewed as a short-term rival to Mason Greenwood down the right flank. 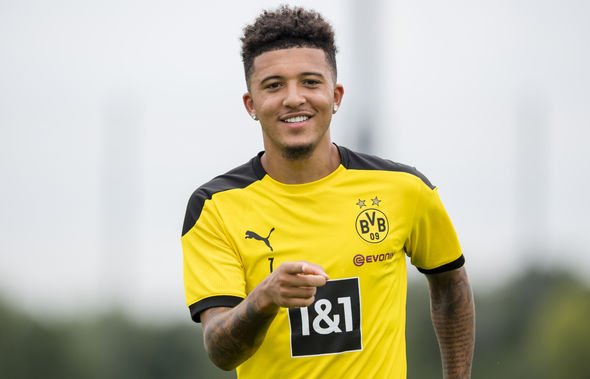 United believe Dortmund’s valuation of Sancho is unrealistic due to the financial repercussions of the ongoing global coronavirus crisis.

They think such massive price tags are a thing of the past because of the COVID-19 pandemic, which is set to have a long-lasting impact on football across Europe.

United are also said to be concerned about the idea of handing Sancho a big-money contract at Old Trafford.

Such a salary across five years, after a club-record transfer fee and agents fees, would take United’s financial commitment up to near £200m without considering potential extra bonuses and pay-rises in the years to come.

Ole Gunnar Solskjaer has made it clear that Sancho is his top target and he would be disappointed if executive vice-chairman Ed Woodward failed to deliver his arrival.

United are waiting to see if they can force Dortmund’s valuation to drop but are at a disadvantage because Sancho will not demand an exit from the Westfalenstadion.

And club chiefs are said to believe that it would be foolish for them to give in to Dortmund’s demands as they seek to avoid being bettered in negotiations.

“Jadon is happy to stay. He has a contract until 2023,” director and former captain Sebastian Kehl this week said.

“I see him on the pitch and he is very happy. Everyone is very happy to have him. He is going to be here for at least one more season.

“This team is the best we had. We have a mixture of very good, young, and mature players. We tried to develop the team in the last few years. Hopefully we can win titles in the next season because titles are what matter the most in the end.”

If United refuse to offer closer to what Dortmund are asking for and seek to try and broker a deal in 2021 instead, they run the risk of facing more competition for the winger’s signature. 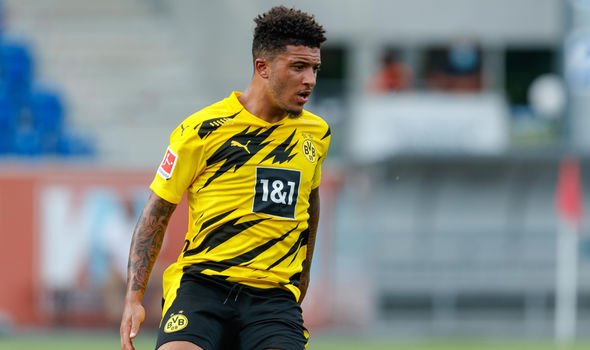 Real Madrid, Barcelona and Paris Saint-Germain are among his potential suitors on the continent with Liverpool and Chelsea are also known admirers of Sancho.

Of those clubs, only Chelsea could rival United financially this summer but the Blues are currently concentrated on trying to sign Kai Havertz, having already added Timo Werner and Hakim Ziyech to their attack.

Speaking earlier this month, United boss Solskjaer made it clear he expects to be backed in the transfer market after delivering Champions League qualification.

The Norwegian coach said: “We still have a way to go to get to the level of the teams at the top of the Premier League. They are too far ahead of us.

“We are still growing, getting better of course, but we are not the finished article. Nowhere near.

“We want to go as far as we possibly can in this tournament. I think we all realise we are in a special moment in history.

“But that will stretch all the squads and it means you need a big squad for next season.

“We are always working towards having a competitive squad and the challenge for us now is to take the next step.

“That means winning trophies and keep trying to close the gap to the top two teams.

“And we have also got to make sure that the teams who finished below us in the table stay behind us.

“It’s a race. You can see teams building. We’re always looking at the squad and player logistics.

“It is definitely about quality – and it is going to cost money to get in players who are better than the ones we already have.

“We’re just working as normal and sticking to a plan. Qualifying for the Champions League brings us a harder schedule, but it also gives us more motivation to be in with the best and challenging. That will make these players better.

“Champions League makes us more sporting and financially attractive, so that’s another factor.”

United have yet to make a signing this summer although Aaron Wan-Bissaka, Harry Maguire, Bruno Fernandes and Daniel James were all recruited last term at a combined initial cost of around £190m – with add-ons potentially taking that outlay in excess of £200m.