Manchester United star Bruno Fernandes has named Portuguese midfielder Francisco Ramos as the player he would like alongside him at Old Trafford. Fernandes arrived in Manchester in the January window after the Red Devils agreed to pay Sporting Lisbon £55million for his services.

The 25-year-old hasn’t wasted any time paying off his fee, as he has already scored three goals and provided four assists in just nine appearances for the club.

However, Fernandes revealed that his former Portugal youth team-mate Ramos is the one player he would like to see United sign.

In an Instagram question and answer session with his friend, Carolina Deslandes, Fernandes named Ramos as the one player he would have alongside him for the rest of his career.

“It is very difficult to choose, because I have a lot of locker room people who are my friend,” he said. 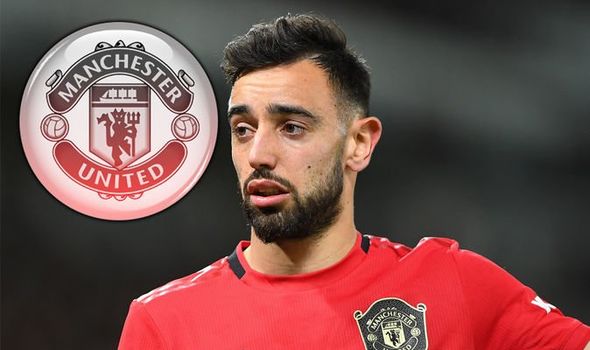 “Wherever I played? Francisco Ramos.”

Ramos is currently playing for Santa Clara, on loan from Vitoria, in the Portuguese top flight.

And while the 25-year-old has played alongside Fernandes for Portugal’s Under-21s, Ramos hasn’t been able to break through into the national team.

Fernandes was also asked which coach he would choose to have for the rest of his career and decided against naming Ole Gunnar Solskjaer.

Instead, he picked Jorge Jesus, who coached Fernandes at Sporting and is now the manager of Brazilian side Flamengo.

Jesus only spent one season with Fernandes but was responsible for signing him from Sampdoria in 2017, a move that changed his career.

Fernandes was also asked about his ambitions as a United player and while he insisted he wants to lift silverware for Portugal, he also has his eyes firmly set on winning the Premier League with the Red Devils.

“To be champion of a league. In this case in the Premier League,” he added. 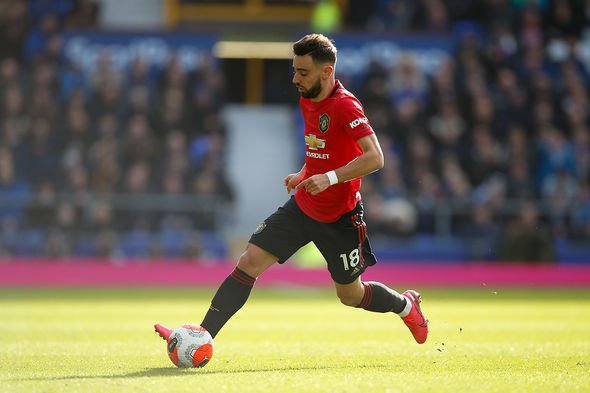 “Of course I would like to win the European or the World Cup.

“Everyone has ambitions, but mine is to win the Premier League.”

Fernandes also took the opportunity to pay a special tribute to Sporting’s kitman, Paulo ‘Paulinho’ Gama, after he gave him an emotional send-off before leaving the Portuguese club at the turn of the year.

“He hugged me to cry and that moved me,” Fernandes said.

“Paulinho saw all the last champions and best players who have played for Sporting. Seeing him thrilled to say goodbye to me means a lot to me.”