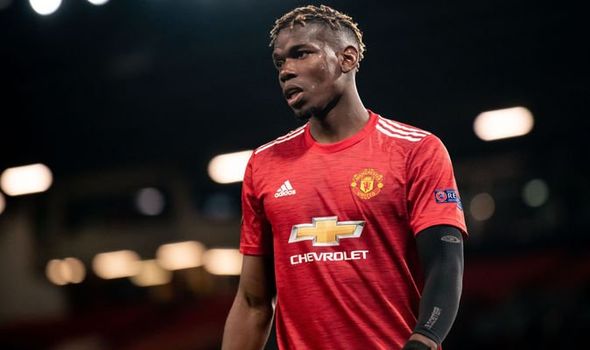 Manchester United midfielder Paul Pogba would welcome the offer of a new contract to allow him to commit his future to the club, per new reports. The player’s agent Mino Raiola had said back in December that Pogba had no future at Old Trafford.

The outspoken super-agent declared: “I can say that it’s over for Paul Pogba at Manchester United.

“Paul is unhappy with Man United as he is no longer able to express himself in the way that he would like and as he is expected to. Paul needs a new team, a change of air.”

Despite those comments, Pogba produced one of his finest runs of form for the Red Devils at the turn of the year, scoring winning goals against Burnley and Fulham in January amid some dominant displays.

A hamstring injury put him out for over a month but he has again put in some excellent performances since his return, contributing three assists in his last three Premier League starts.

Pogba also scored his first Old Trafford goal in two years as United put Roma to the sword to win the first leg of their semi-final tie 6-2 on Thursday evening. 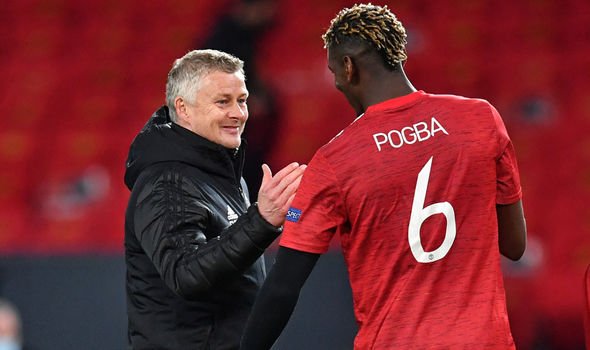 The Frenchman was awe-inspiring, despite conceding a first-half penalty, as Ole Gunnar Solskjaer’s men put one foot into the Europa League final in Gdansk, Poland on May 26.

And The Athletic say that despite Raiola’s previous comments, Pogba is now ready to sign a new long-term contract in Manchester.

The 28-year-old has long been tipped to leave United for the second time in his career with Real Madrid and Juventus mentioned as potential destinations ever since he returned to the club for a then world-record fee in 2016.

Pogba has been a lightning rod for criticism at times for United over the past five years but Solskjaer has long made it clear that he values the former academy midfielder highly.

And his treatment of the player appears to have paid off, with Pogba performing on the pitch and now keen to remain at United. 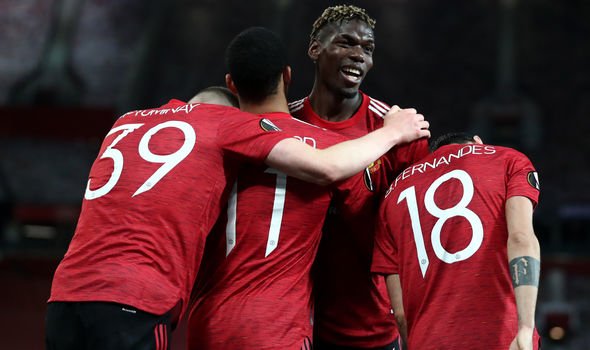 The Athletic say an extension would be welcomed with his current deal expiring in the summer of 2022.

It is claimed the lack of an offer last summer caused surprise among Pogba’s camp with a one-year extension clause in his pre-existing £290,000-a-week agreement activated instead.

Pogba was previously thought to be somewhat disillusioned at United but they sit second in the Premier League this term as they look to put together a real challenge next year.

Winning that trophy, which would be United’s first piece of silverware since being triumphant in the same competition under Jose Mourinho in 2017, would surely help satisfy Pogba.

Speaking after the win over Roma, Solskjaer said: “I’ve managed him the same way all through. Paul knows my feelings about him, how important I think he is.

Man Utd: Solskjaer to do all he can to convince Cavani to stay

“We want him fit and running. With his qualities, when he’s fit he’s unstoppable. We create an environment here where players want to come and work every day.

“The coaches have done that, we want players to enjoy it.”

And he added to the club’s website: “I know we’ve got players who create big moments and chances. It’s about getting them up there in positions. Paul, I think is very good in that position [on the left-wing].

“You’ve got the foundation behind him [with Fred and McTominay]. Marcus [Rashford], Edi [Edinson Cavani], Bruno [Fernandes], Paul… against any players they will create chances, so it’s about taking them.

“That’s the difference today; we took most of our chances.”