Some at Manchester United believe Odion Ighalo would be worth £70million if he were five years younger, reports say. The Nigeria international has been a big hit at Old Trafford since arriving from Chinese Super League side Shanghai Shenhua on transfer deadline day, scoring four goals from eight games so far.

Manchester United have been left delighted with Ighalo’s sublime start to life at Old Trafford.

Eyebrows were raised when the Red Devils swooped for the striker on transfer deadline day, particularly having spent the last few years strutting his stuff in China.

However, Ighalo has silenced his critics with some fine displays for his new club.

The 30-year-old opened his Red Devils account in the stirring 5-0 win over Club Brugge at the end of February, scoring the first goal of the game that night.

He then followed that up with a brace against Derby in the FA Cup – and also netted a thunderbolt strike against LASK.

And Four Four Two claim some at United think he’d be worth £70m if he was five years younger. 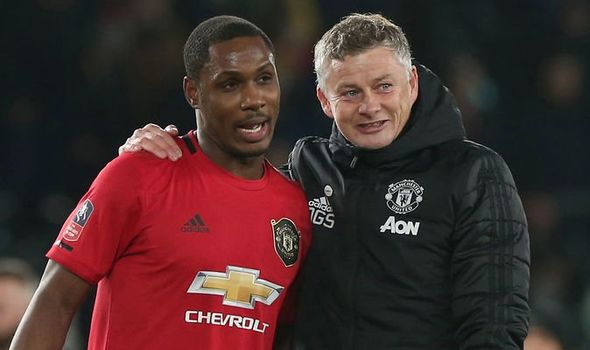 At 30, Ighalo is a player approaching the twilight years of his career.

And United will have to pay just £15m to sign the Nigeria international permanently come the summer transfer window.

Shanghai want to keep their star striker and have offered him a bumper new contract worth £400,000-a-week.

But Sky Sports pundit Paul Merson thinks Ighalo will turn that down in order to continue living his boyhood dream at Old Trafford.

“When Odion Ighalo arrived at Manchester United in January, I didn’t really want to get involved in any conversations about him because, either way, there was a danger of being made to look silly,” the former Arsenal star told Sky Sports. 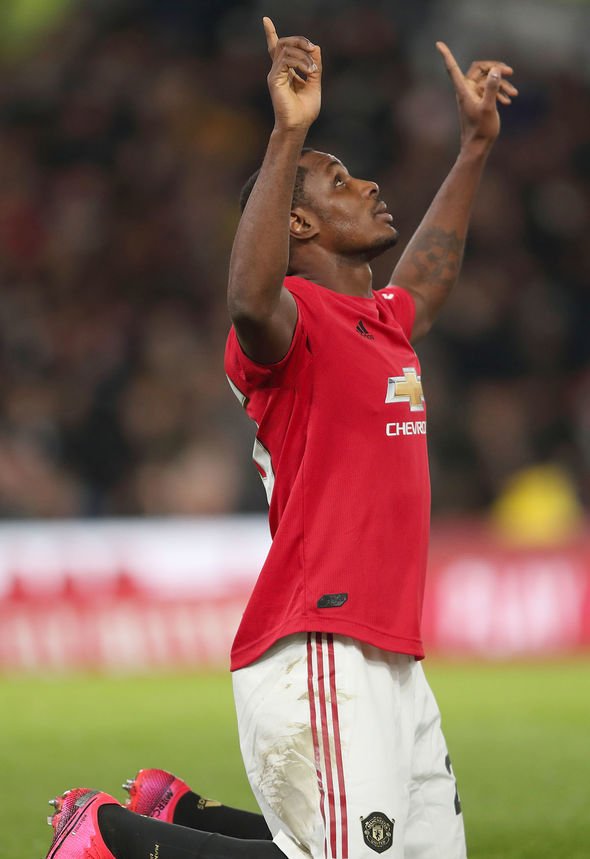 “I didn’t want to get involved in that because it was a no-win situation.

“However, what I can say now is that he’s been absolutely outstanding since he arrived at Old Trafford.

“I know he hasn’t played a lot of football but when he’s come off the bench and when he has got some game time, he’s looked class.

“It’s a hard decision Manchester United have to make regarding his future because if you give him a contract, can he perform again that next season?

“When you go to a club on loan you’ve got that hunger of wanting to secure a permanent move, prove everybody inside the club right and everybody outside the club wrong.

“All of a sudden, you give someone a contract and they think they’ve done all the hard work.

“You’ve only got to look at his time at Watford. He looked a world-beater but then next minute he couldn’t score a goal for toffee.

“But if you are going on the form he’s showed since coming to the club in January it’s going to be hard to get rid of him.

“And don’t worry about the new mega money offers in China.

“He’s said all the right things since joining Manchester United. He’s turned around enough times and said he’s dreamed of playing for United so if they do offer him a permanent deal, I can’t see him turning it down.

“Everything’s gone right for him so far and if United do offer him a chance to stay, I’d be shocked if he walked away.”