Manchester United have been strongly linked with a move for Aston Villa star Jack Grealish this summer. However, Jamie Carragher has warned against Ole Gunnar Solskjaer from snapping up the England international this transfer window.

United have been warned against signing Grealish in the summer transfer window as speculation heats up once again.

Ole Gunnar Solskjaer would love to snap up the Aston Villa captain, who is currently sidelined with injury.

In 22 Premier League appearances, Grealish has netted six and assisted 10.

It comes amid one of the best seasons in recent history for Villa, who are in the race for European football. 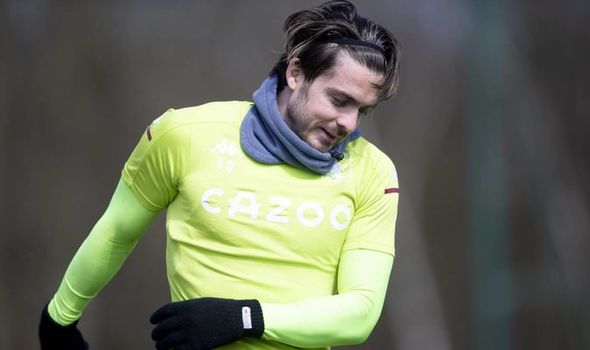 United remain interested in the England international after trying to sign the midfielder last summer while Villa insisted he was not for sale, but that position could change by the summer.

But Carragher has told Solskjaer that he should avoid making a move for Grealish this summer as he does not fit their needs.

He said: “I don’t think he would fit in here at Old Trafford just because of the players they’ve got, not his talent.

“They already have Pogba playing on the left now, Fernandes, Rashford likes to play on that side.

“I don’t think he’s a must for Manchester United, I think he’s definitely got the quality.

“I think Jack Grealish is someone who loves to run with the ball and I don’t think there’s too many players like that, I love watching him.

“I think he’s a super player, and when you run with the ball and dribble with the ball, you’re going to get people trying to take it off you.”