Manchester United have had two youngsters in first-team training this week as they prepare to face Real Sociedad in the Europa League on Thursday night. The Red Devils will fancy themselves as one of the favourites to win the tournament this year.

United boss Ole Gunnar Solskjaer could hand two debuts out on Thursday night after Shola Shoretire joined the first-team in training this week.

The youngster has been touted for stardom after wowing coaches at youth level and he signed his first professional contract earlier this month.

Another who could make his bow for the Red Devils is Amad Diallo – who joined in January from Atalanta in a deal worth £37m.

The 18-year-old has impressed Solskjaer in training, though he has urged caution over rushing him into the starting XI. 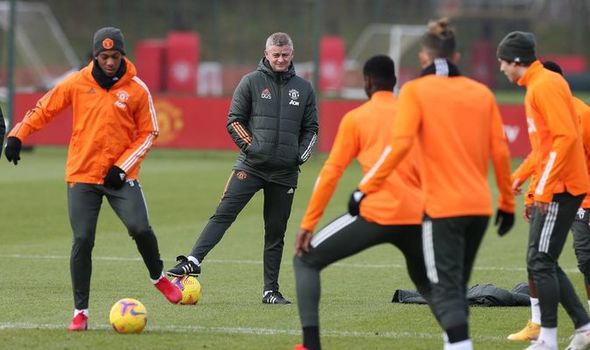 However, Thursday represents a real opportunity for the Norweigan to see the two youngsters in action when they face Real Sociedad.

The Basque outfit are by no means a pushover and sit fifth in La Liga, though United are billed as the favourites.

In the Europa League this season, teams are allowed to have nine substitutions on the bench and are permitted to use five of them.

If the Red Devils are coasting, Solskjaer may be tempted to let Shoretire and Diallo play at Old Trafford for the first time.

With the two billed as future stars at United, it could prove a pivotal moment in their careers.

Solskjaer latest comments will also give the duo cause to be confident over some minutes, as well as the fringe players at the club. 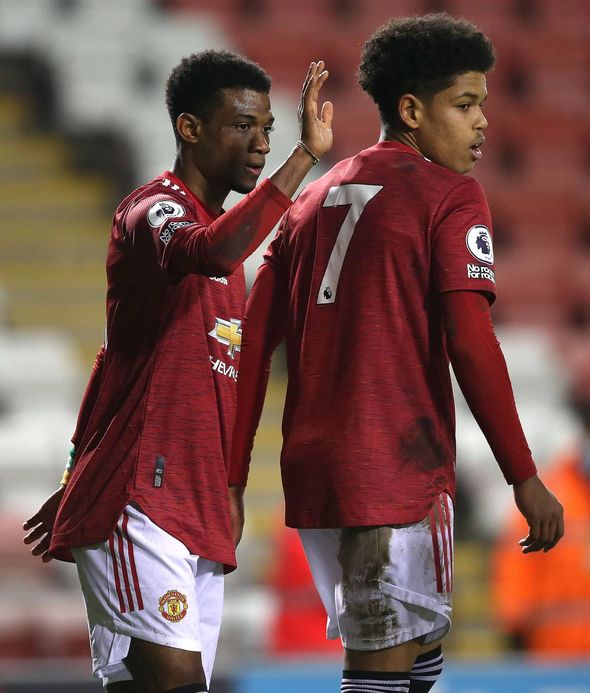 “You have to freshen things up when you play Thursday and then Sunday and it’s impossible in today’s circumstances to play the same 11 every game,” he said.

“You could only do that if you were playing once a week.

“We will make decisions but there will be chances in Europe for other players and if it takes us the whole way, brilliant.

“If not then let’s look at it then because we have two legs, two bites at the cherry.”