Harry Maguire has hit out at match officials after Manchester United’s Premier League draw at West Brom on Sunday.

United were replaced as Premier League leaders by rivals Man City last month, and Ole Gunnar Solskjaer’s second-placed side have now fallen seven points behind Pep Guardiola’s team, having managed just one win from their last five matches in the division.

Guardiola’s men also have a game in hand over United, who were held to a 1-1 draw at second-bottom West Brom after failing to push on after Bruno Fernandes cancelled out Mbaye Diagne’s early header.

Maguire would have grabbed Solskjaer’s side another comeback win at the death had Sam Johnstone not superbly tipped his header onto the post, but the captain knows there is work to do.

READ MORE: United discover limits of how far Fernandes can carry them

“Obviously I snuck in the box and timed myself with a great header and it’s a fantastic save to be fair to Sam,” the United defender said. “I haven’t seen it back, but they’re the moments at the moment that aren’t going for us.

Maguire likened United’s inability to kick on after levelling to last month’s 2-1 loss to rock-bottom Sheffield United – a result that started this poor run of one win in five league matches.

The defender is still angered by refereeing decisions in that defeat and claimed to MUTV that “ever since other people from other teams have spoke about us we’ve had nothing – absolutely nothing from the referees or the VAR”.

That part of his interview with the in-house TV station has been removed from the clip uploaded to their official website, but his answer about a foul by Diagne on Victor Lindelof being missed remains.

“It’s a big frustration,” Maguire said. “We know the first goal is crucial when you come to this place. But again it’s a foul.

“But I’m fed up of hearing, ‘People can do better; David [de Gea] can do better on the cross [against Sheffield United].’ But it’s a foul, it’s a foul from Billy Sharp on David.

“If you get someone in the back and if a big striker’s wrestling Vic and then puts his arms all over him and heads it in the back of the net, of course he can do better but it’s a foul. 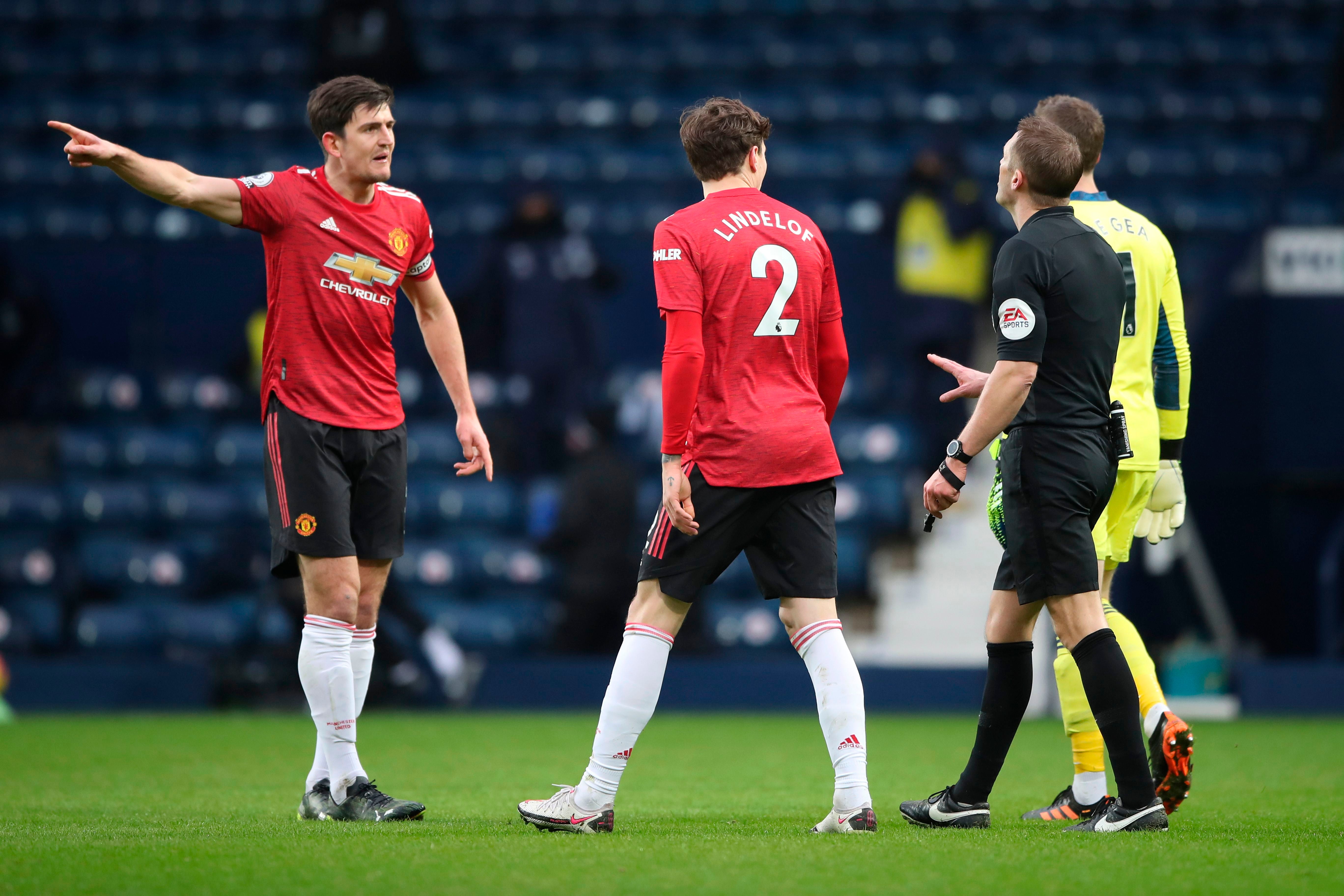 “So, when are we going to get these decisions? Because as defenders and goalkeepers, you expect a fair decision.

“For me, I know Vic will be disappointed in there and I’m sure he’s probably getting criticism, he knows he can do better, but it’s a foul so we shouldn’t even be speaking about this.

“He’s a big striker who’s bigger than Vic and he’s wrestling him, he’s got his arms all about it, he heads the ball in the back of the net. I had one disallowed at Burnley two, three weeks ago and the difference is massive. You can’t tell me that I did more than the striker’s done there!

“So the inconsistency is something that we need to look at. “

Maguire also saw a penalty he won overturned upon review by referee Craig Pawson at the Hawthorns, where West Brom put in an impressive display and could have won it themselves late on.

Baggies captain Kyle Bartley said: “We knew it was going to be a difficult game for us.

“I’m really proud of the commitment and the discipline the boys showed out there on Sunday. Every single one of them put in 110 per cent and that’s what it’s going to require from now until the end of the season to stay in this division.”