Manchester United and England forward Marcus Rashford says helping children is his top priority after working to get food to those who relied on free school meals.

The 22-year-old has been working with charity FareShare to help children in the Manchester area after schools were closed across the country due to the coronavirus pandemic.

And he revealed that his own childhood has inspired him to want to make a difference to the next generation.

Rashford told BBC Breakfast: “In the past I have done a lot of work in regards to children and when I heard about the schools shutting down, I knew that meant free meals for some kids that they are not getting at school.

“I remember when I was at school I was on free meals and my Mum wouldn’t get home until around six o’clock, so my next meal would have been about eight o’clock. I was fortunate and there are kids in much more difficult situations that don’t get their meals at homes.

“It [helping children] is very important [to me], it is at the top of my to-do list. In our generation there have been a lot of positive and negative influences. I am just trying to impact the next generation in a positive way.

Manchester United and Manchester City have also joined forces to donate and help people in the local area affected by the pandemic.

“I think when times are tough it is important that two clubs, who have a huge social following that we do, come together and make a difference when things which are bigger than football happen. So credit to both clubs,” Rashford said. 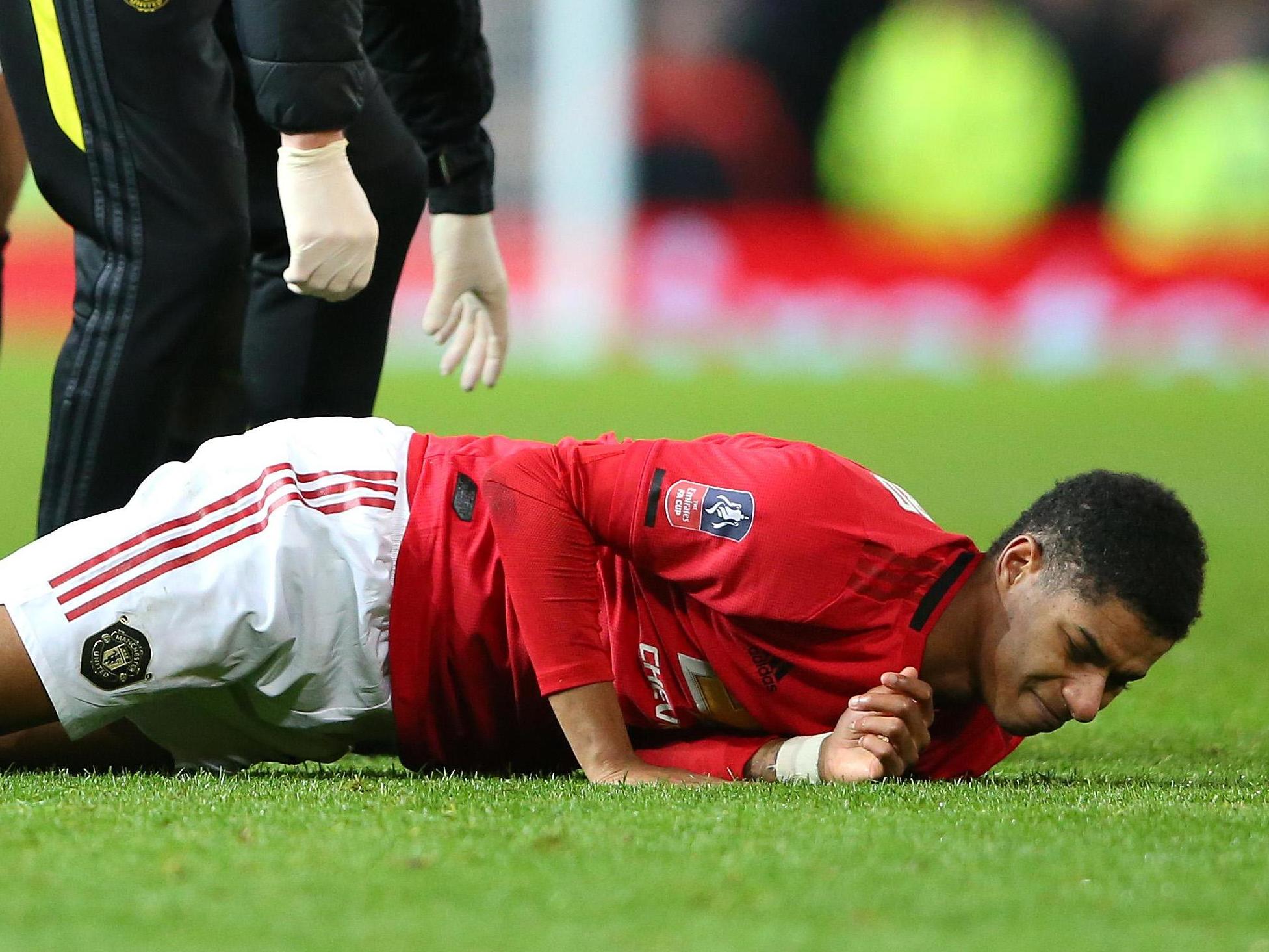 Prior to the outbreak, Rashford had begun judging a poetry competition for Manchester children with hearing impairments.

He has vowed to hand out the awards in person when the restrictions are lifted and also revealed how important reading is in his life.

“As soon as this is finished I will go to the school, see the kids and give them the awards from the competition,” Rashford said. “I read a lot of books on mentality, because in my profession that is one of the key points. I always want to keep developing and improving in some way and physically I can’t do that right now.

“There is so much knowledge in books and you don’t realise until you start reading yourself.”

When the season was suspended due to the outbreak, Rashford was sidelined after suffering a double stress fracture in his back in January. The forward says he is making good progress, but admits he is missing football.

“It’s just about patience, I have been working hard on the bikes and following the programme that I have been given from the club,” he said. “I have been playing Fifa, reading different types of books. It is important to keep time passing with positive vibes and just keep smiling.

“I am just taking it day by day, but I do feel 10 times better than I felt a month and a half ago, so things are moving in the right direction and hopefully I will be ready to play again soon.

“It’s very difficult, even when there’s nothing on TV. I have been watching old games from years ago. I know me and the United boys have been missing football.”