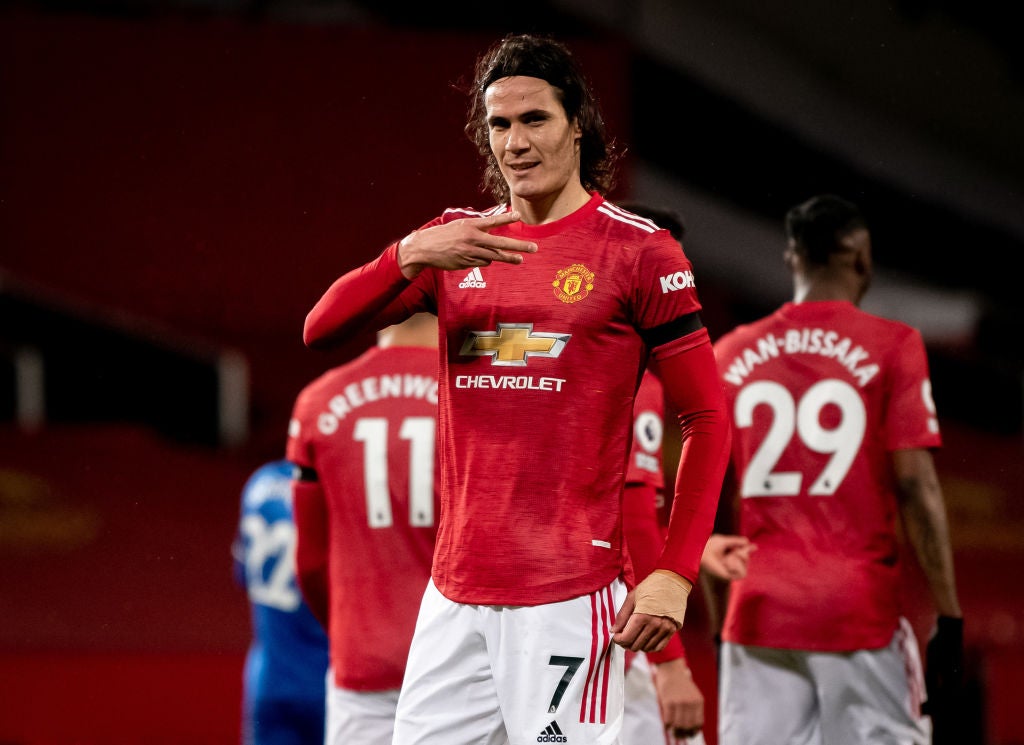 Sticking with the theme of forwards, Harry Kane might be the No. 9 for England but there are questions over who backs him up at the Euros, and who plays alongside him.

Marcus Rashford has a good chance of doing the latter and here he displayed how much better he is on the left than on the right, where he looked awkward and on the periphery of the recent fixtures.

That said, his assist – a clever clipped cross to the back post – for Cavani came from that channel, though it was his dribbling towards goal and pace in possession which really made him a danger from the left.

As for Calvert-Lewin, after starting the season on fire he had gone totally off the boil.

He managed one league goal in two months, and while there was endeavour on show and some reasonable link-play, he missed a gilt-edged one-on-one chance in the first half and never looked like scoring in the second – until a moment of perfectly-timed composure to control and finish, deep into stoppage time.

Perhaps that’s the boost he needed to rediscover his regular scoring touch.

For all the moments of quality when it came to the finishing, neither goalkeeper managed anything like covering themselves in glory here.

Robin Olsen is getting his chance for Everton in the absence of the error-strewn Jordan Pickford, but he’s not making a compelling case for future inclusion. No blame is attached to him for the first goal, but his positioning and inability to move his feet quickly for Fernandes’ strike from range can certainly be questioned, given the distance the shot came from.

David de Gea simply made a horrible error for the Toffees’ first. He should have caught the weak cross, he could have punched it out anywhere, but only patted it down to the oncoming attacker and the game quickly turned on its head.

The worst was yet to come, as Olsen failed entirely to dive, stretch or get a hand to a soft header from McTominay, which found its way into the bottom corner. It should have been easily saveable, but the Swede seemed to lose his footing and couldn’t reach far enough.

Another late swing saw Everton equalise and, while De Gea wasn’t directly responsible, questions may be asked of his bravery or quickness off his line at such a vital stage. 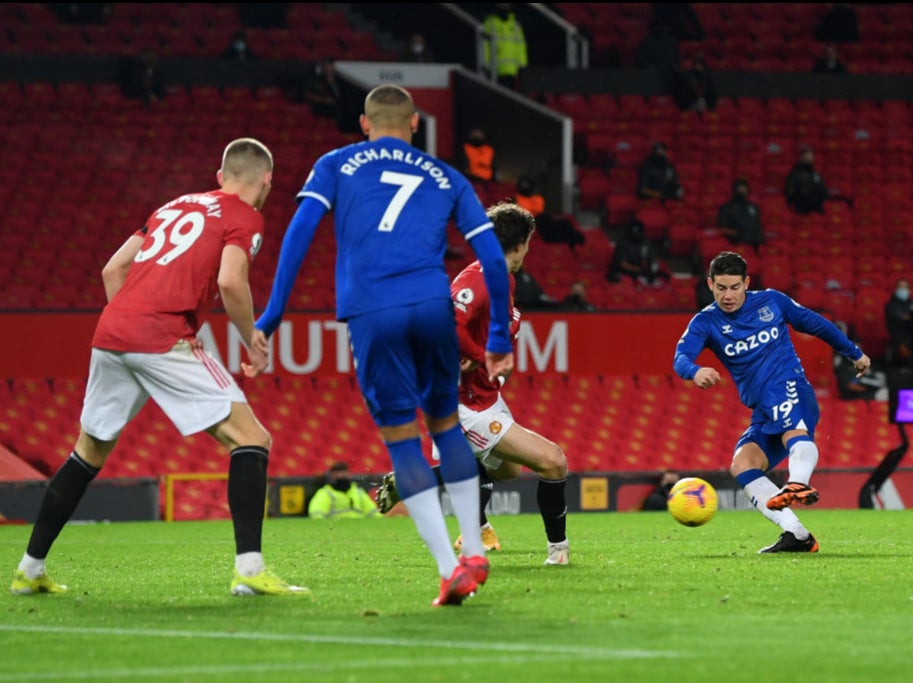 What is the plan and the aim for Everton in 2020/21? They keep getting themselves within touching distance of the top four, only to produce a desperate showing when a big result would have a transformative impact.

This outing wasn’t as bad as the loss to Newcastle, and at least resulted in a much-improved second-half showing, but it’s still just one win in four now which puts them in sixth, three points off fourth with one game in hand.

Given recent seasons, even a top-six finish and a Europa League spot would definitely be progress, but this is such an open season that it might feel a missed opportunity if they finish no higher than they are right now.

Keeping tabs at the top

As for United, they are back to being two points behind rivals Man City at the top, ahead of the leaders’ trip to the champions on Sunday.

One of those rare occasions when the Red Devils hope for a Liverpool win, perhaps? As well as the buffer of points, City have two games in hand and the outrageous recent form, meaning it’ll be difficult for anyone to catch them up.

Ole Gunnar Solskjaer’s team have often found ways to win games they haven’t necessarily been the better side in, but this time it was the other way around: the better team in possession, but equally as poor defensively.

One win from four isn’t title-challenging form and instead of joining City on 47 points, they could now be joined on 45 on Sunday by Leicester.