Mancini calls for CALM ahead of Italy's tie with Northern Irleand

Roberto Mancini has told his Italy players to keep their cool against Northern Ireland in Belfast on Monday to banish the ghost of ’58.

It’s 63 years since defeat at Windsor Park in their final qualifying game cost Italy a place at the World Cup in Sweden.

If history repeats itself on Monday, and Italy concede top spot in Group C to Switzerland after leading on goal difference at kick-off, they would still have a play-off in March to book a place in Qatar. 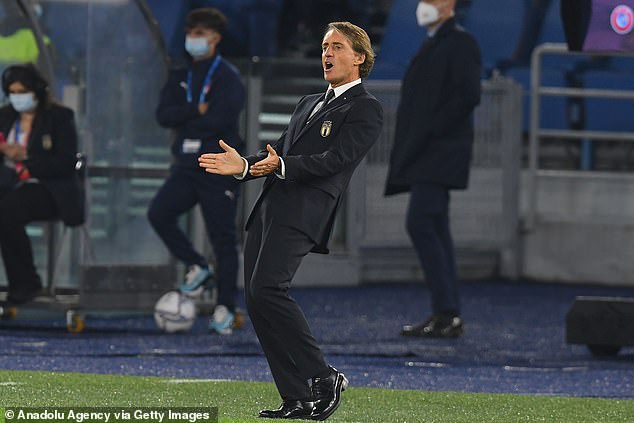 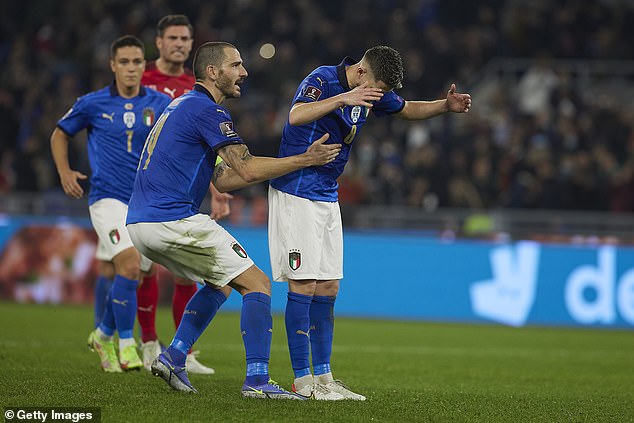 Considering Italy missed out on the last World Cup for the first time since ’58 after losing a play-off against Sweden four years ago, Mancini and his players could be forgiven for feeling a little apprehensive about that prospect just four months after beating England to win Euro 2020.

The Italians have won just once in their last five games after Jorginho’s late penalty miss on Friday allowed Switzerland to claim a 1-1 draw in Rome and stay level on points at the top of the group ahead of their final qualifier at home to Bulgaria on Monday.

‘Yes, of course, I know what happened in 1958 – I hope not to go back in time so much,’ said Mancini, who also has a catalogue of injury problems.

‘We want to qualify tomorrow and the concept does not change: we need to play without anxiety. 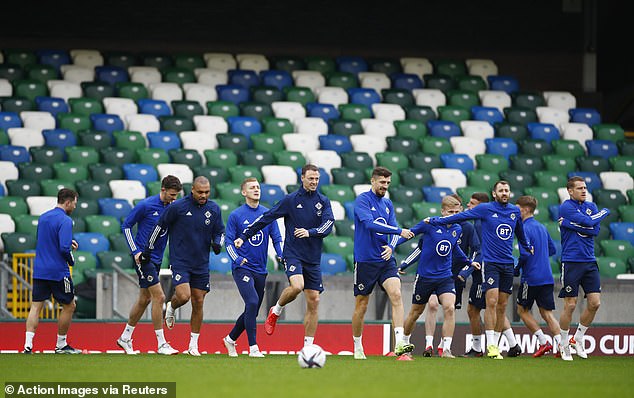 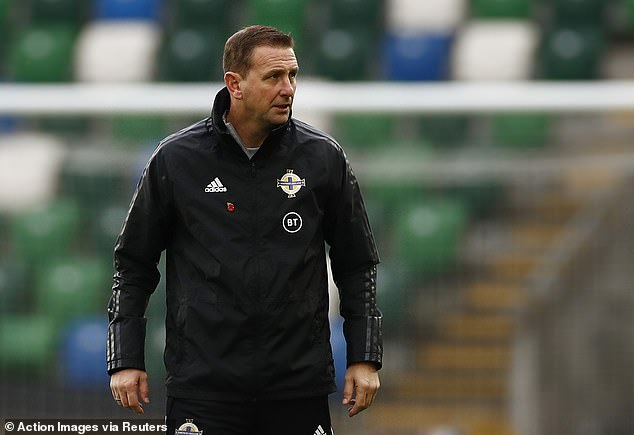 ‘We must forget what happened (against Switzerland) and play with complete peace of mind.

‘The Italian national team always has great pressure. Tomorrow maybe there will be a little more, so we need to stay focused.

‘We are in a bit of a difficult moment after three incredible years. It will take calm.’ Northern Ireland’s manager Ian Baraclough wants to finish the campaign on a high and hopes his players can exploit Italy’s nerves to claim a famous win.

‘I certainly hope they play with a bit of fear,’ said Baraclough. ‘It’s a must-win game for them but we can only think about ourselves.’